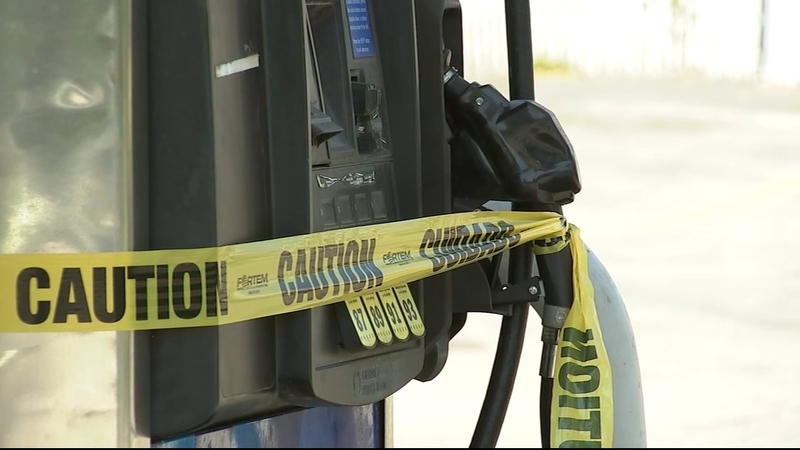 PHILADELPHIA (WPVI) -- While the crisis sparked by the Colonial Pipeline hack may be in the rear-view mirror, so to speak, the ramifications of its shutdown may still be trickling down as fuel supply chains work out the kinks.

Delaware Valley drivers appeared to have dodged major disruptions, but some gas stations were seeing some impacts - mainly in terms of cost.

AAA noted prices in the Philadelphia five-county region saw a six-cent increase over the week.

"It usually costs me 25 to fill up, but as you can see these prices are soaring right now, and I really don't appreciate that," said North Philly resident Shaniece Pryce.

President Joe Biden signed an executive order Wednesday meant to strengthen U.S. cybersecurity defenses in response to a series of headline-grabbing hacking incidents that highlight how vulnerable the country's public and private sectors are.

At one East Falls Sunoco, at least one pump noted no gas, others only allowed for drivers to fill up on regular-grade gas only.

At the Sunoco in Roxborough, there was no gas available until late afternoon.

Some clerks were also left in the dark as to when their next shipment may arrive.

One reason for the delay? A lack of drivers who are able to get the gas from point A to B.

"The recent crisis has really exacerbated really what was a preexisting crisis with truck drivers," said Rebecca Oyler, President and CEO of the PA Motor Truck Association.

The tri-state area receives about 45% of its gas from the Colonial Pipeline. There are other options too, including international imports, other pipelines and refineries. That means, don't panic

Oyler said it won't be uncommon to see an occasional outage or lack of a specific grade of fuel while things post-hack normalize.

"We didn't get hit nearly as hard as the southeastern part of the US," she added.

At gas stations where gas was plentiful, the pain of price was still evident.

"No, no, definitely not good," said driver Brittany Williams.

Some are now forced to measure every mile.

Industry experts said while truck drivers as a whole are needed right now, those that transport fuel specifically are in even higher demand because of the special certifications needed.