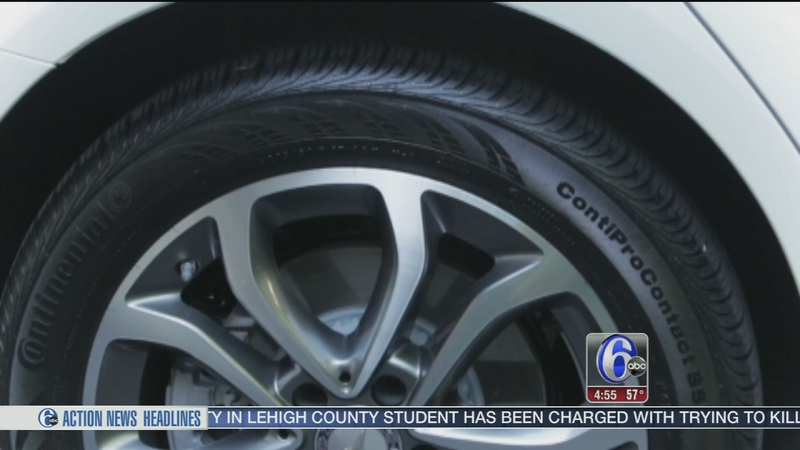 PHILADELPHIA (WPVI) -- Have you looked around the trunk of your car lately? AAA says more than a third of 2015 model year cars don't have a spare tire.

Instead, some car makers provide sealant kits and some others install so-called run-flat tires.

But be careful. Consumer Reports says while those specialty tires work even after a puncture, they do have some drawbacks.

Gloria Strunin recently leased a new car that has no spare tire. She drives long distances by herself to see her family and was alarmed to learn she'd have to depend solely on her run flat tires in case of a puncture. She's worried about their 50 mile range.

"It was a big concern of mine and it still is to this day," she said.

Consumer Reports tire expert Gene Petersen says 'run flat' tires have thicker sidewalls than traditional tires. Most manufacturers say they will support the car at speeds up to 50 miles an hour for a distance of at least 50 miles after most flats.

But he has a caution.

Run-flat tires are also more expensive than regular tires. Depending on size some can cost as much as $300 dollars each.

There are also fewer models available, and might have to be special-ordered. Why are so many car makers ditching the spare for run-flat tires?

"So manufacturers are eliminating the spare to lighten up the load in the car to help improve fuel efficiency, ok. In the case of run-flat tires though it may also be because they don't have room in the car for a spare tire," said Petersen.

Still if you do get a small puncture, with run flat tires you'll be able to continue on your way and won't be wrestling with a jack and a spare late at night or in an isolated area.

If you are buying a new car that doesn't come with a spare and you want one, ask.