Seattle crane collapse: 'Words can't describe what a good partner he was,' says widow of one of 4 killed 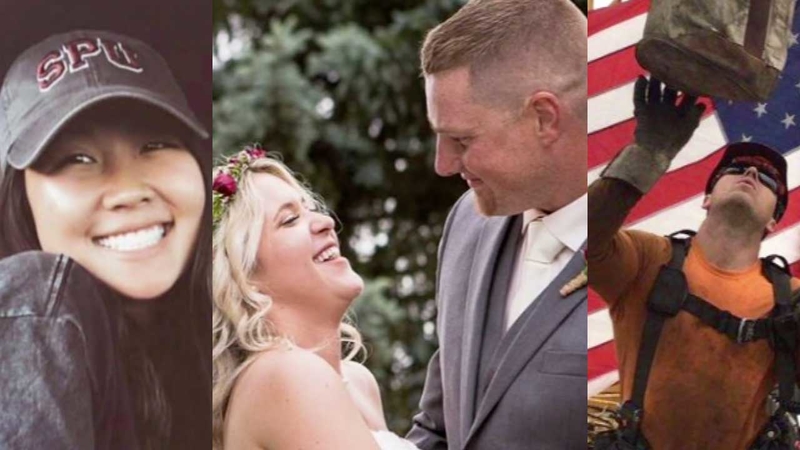 Remembering the victims of the Seattle crane collapse

Officials in Washington state on Monday are expected to release the identities of the four people killed when a construction crane fell from a Seattle building.

The King County Medical Examiner's office has said it would release the names of the female and three males who died Saturday afternoon when the crane crashed onto one of Seattle's busiest streets.

All four people had died by the time firefighters arrived Saturday afternoon, Fire Chief Harold Scoggins said. Two were ironworkers who had been inside the crane while the other two were inside a car, Fire Department spokesman Lance Garland said.

Here's what we know so far about those who died.
SARAH WONG

Wong was in a car when the crane fell, the university said.

"While we grieve the sudden and tragic loss of our precious student, we draw comfort from each other," Seattle Pacific's statement said. "We ask that the community join us in praying for Sarah's family and friends during this difficult time."

Travis Corbet was an experienced ironworker who was operating the crane's cab, ABC News reports. His widow, Samantha, said she is heartbroken.

"Words can't even describe what a good partner he was," she said, "because he was just so nice and so giving and so caring."

Yoder was also an ironworker, and he was a young father, ABC News reports.