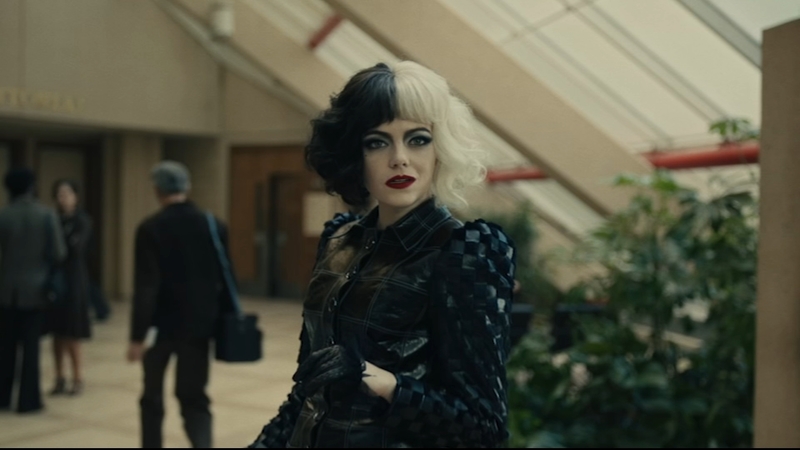 PHILADELPHIA (WPVI) -- Cruella de Vil is one of Disney's most storied villains, but for the first time, we're finding out more on how she came to be so wicked.

I chatted with the star-studded cast of "Cruella," hitting theaters and Disney+ on Friday.

And that's the question: why do villains turn to the dark side? Were they born bad?

In "Cruella," there's more than one fierce female to contend with.

"This is sort of the backstory of how she became this way," Stone said.

This may be her back story, but Cruella de Vil is hardly the only woman with a dark side.

"I play the Baroness who is wickedly brilliant," Thompson says. "She will stop at nothing to retain her place at the top of the food chain in the fashion world, which as you know, is a pretty vicious chain."

These leading ladies are in a high fashion face-off in 1970s London.

And while these two foes would have you think there's only room for one woman at the top, the two Emmas hope this film leaves you with an even more powerful lesson.