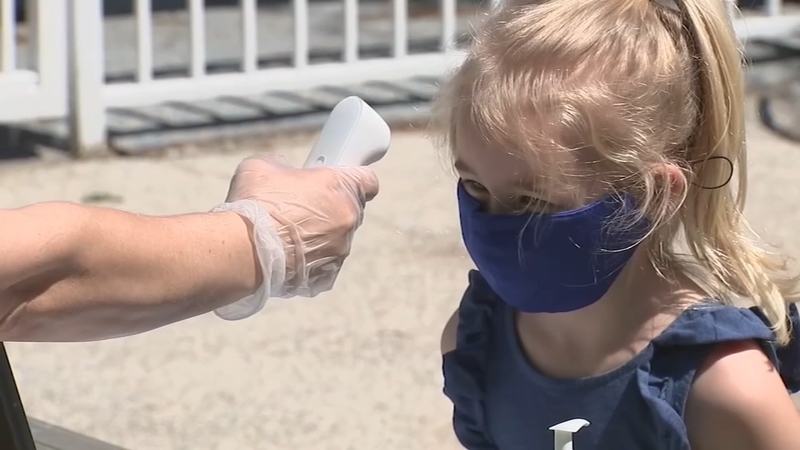 On Thursday, day care center owners throughout the region shared how their enrollment numbers dropped to 20-40% because parents are too scared to send their kids back. Before the pandemic, they used to operate around 90% enrollment.

"It will have a domino effect of causing sites to have to lay off workers. If (there are) no workers, (there is) nowhere for families who want to rejoin the workforce as our economy continues to reopen to actually send their children to have a safe environment," said Tyrone Scott, director of government and external affairs for First Up.

In response, Press Secretary Erin James for the Department of Human Services said, "Early in the crisis, DHS made the decision to pay providers based on enrollment as a way to sustain the industry through the stay-at-home orders. But this approach has only supported families that were already receiving services, and meanwhile, the waiting list for Child Care Works has grown to nearly 1, 200 families. Reverting back to real-time enrollment numbers will allow more families to receive the Child Care Works subsidy and gain access to safe and stable child care."

Day care operators said they need help with funding and argue the economy relies on it.

"At this point with the PPE, thinking I might have to hire more bus drivers, more qualified teachers to help the children during the week during the school day, these are just I'm going to have to deal with but the financial instability will be immense," said Veronica Crisp, owner of Step by Step Child Care Learning Centers.

The City of Philadelphia is trying to come up with a day care plan alternative for kids, such as utilizing community centers, libraries and other places with internet access.

"They want to come up with something very similar to how we thought about meal distribution so that there are sites available throughout the city where families or parents can drop children off on days that they're digital," said Dr. William Hite, Philadelphia Schools superintendent.

But Action News spoke with parents who say they aren't ready to return to school or day care any time soon.

"I'm scared to send her back out there," said Larry Hunz of Olney. "I think it's too early; I'd rather me and my wife would rather home school you know?"