FELTONVILLE (WPVI) -- The motorcyclist killed in a hit-and-run crash in the Feltonville section of Philadelphia on Tuesday night has been identified.

Raul Perez, of the 500 block of East Wyoming Avenue, was killed after his motorcycle was hit by an SUV.

That SUV has been recovered.

Police say while the driver remains at large, they do have a person of interest in mind. They're asking that person to come in and talk to investigators.

"We want to get the message out to them, to come and get their side of their story," said Capt. Patrick Kelly.

Friends and neighbors are shocked by the untimely death of Perez. 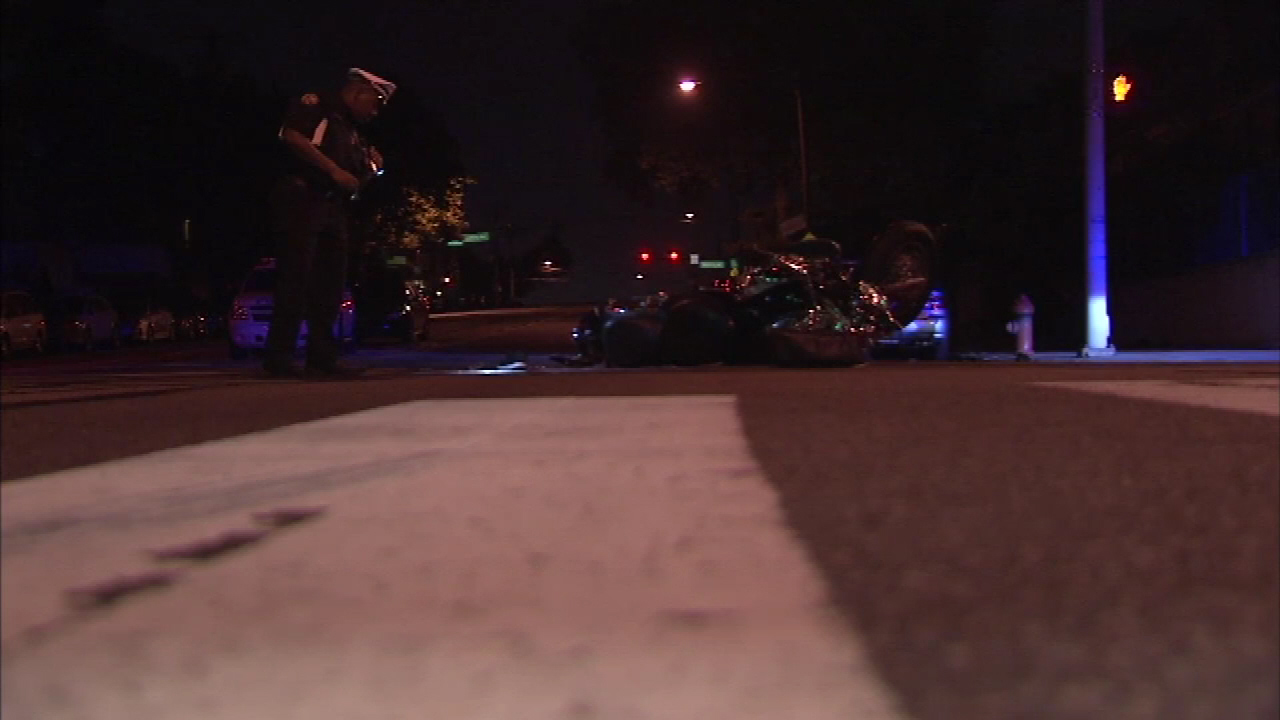 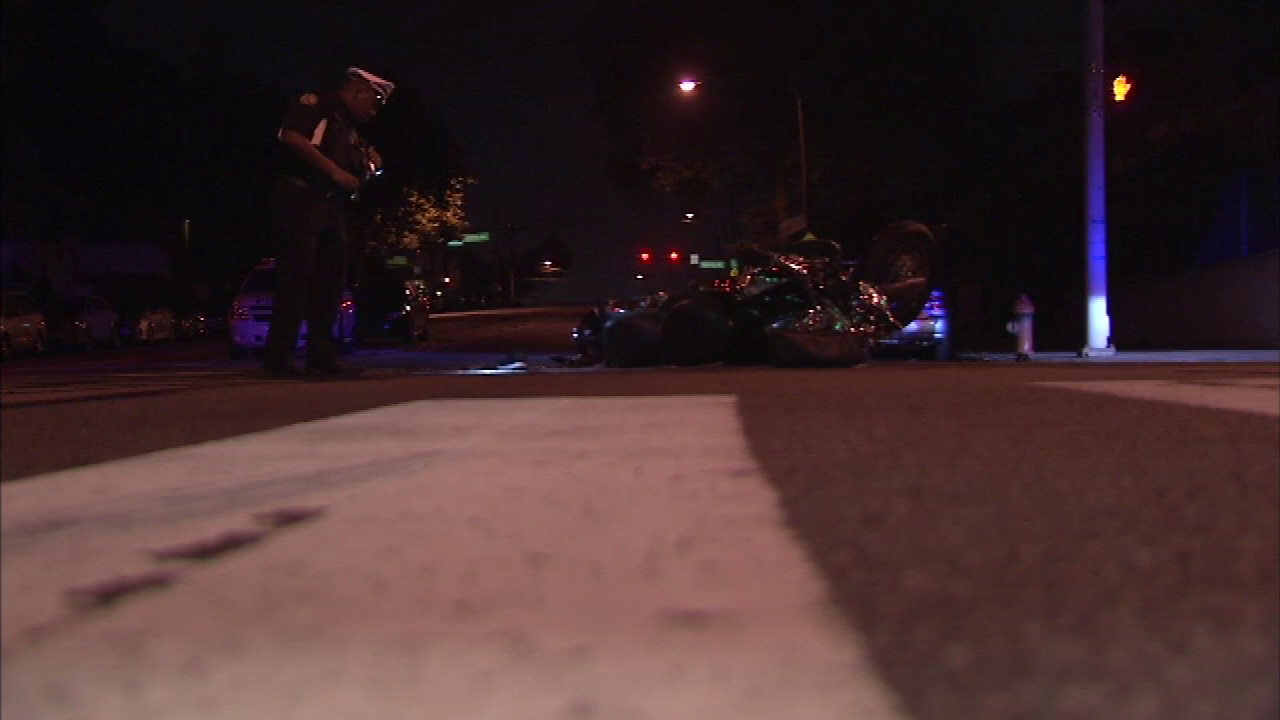 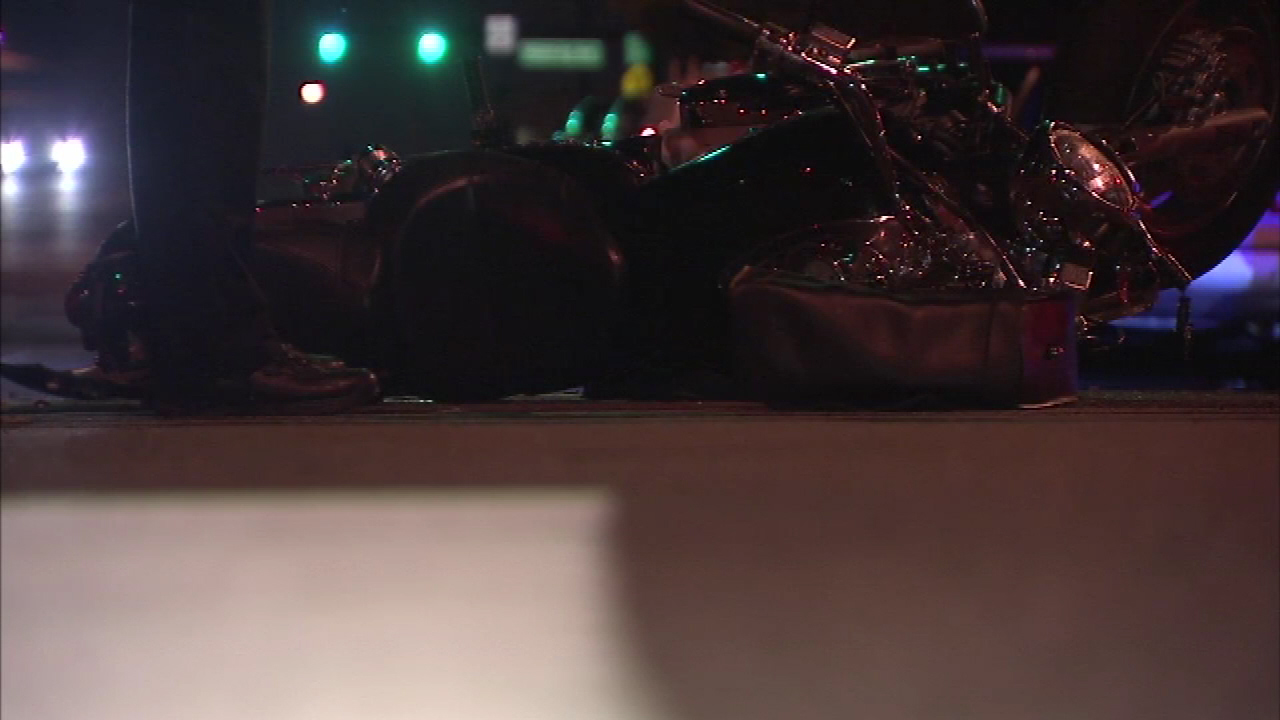 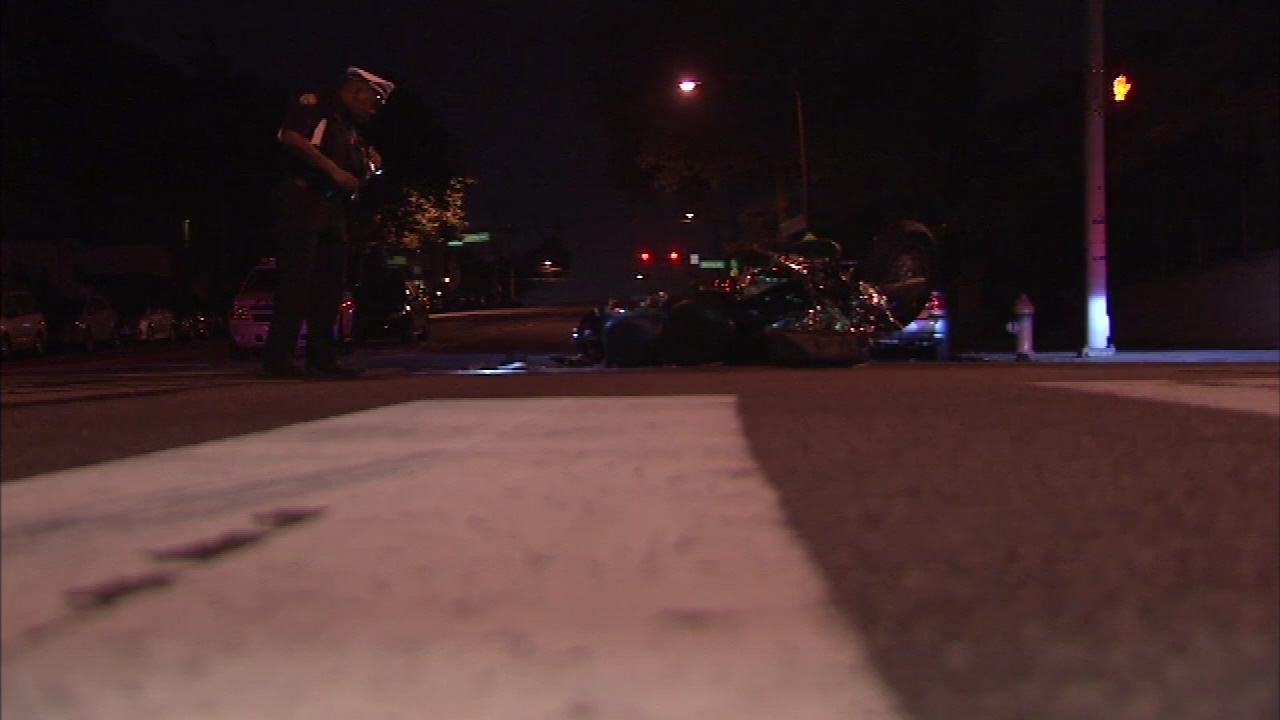 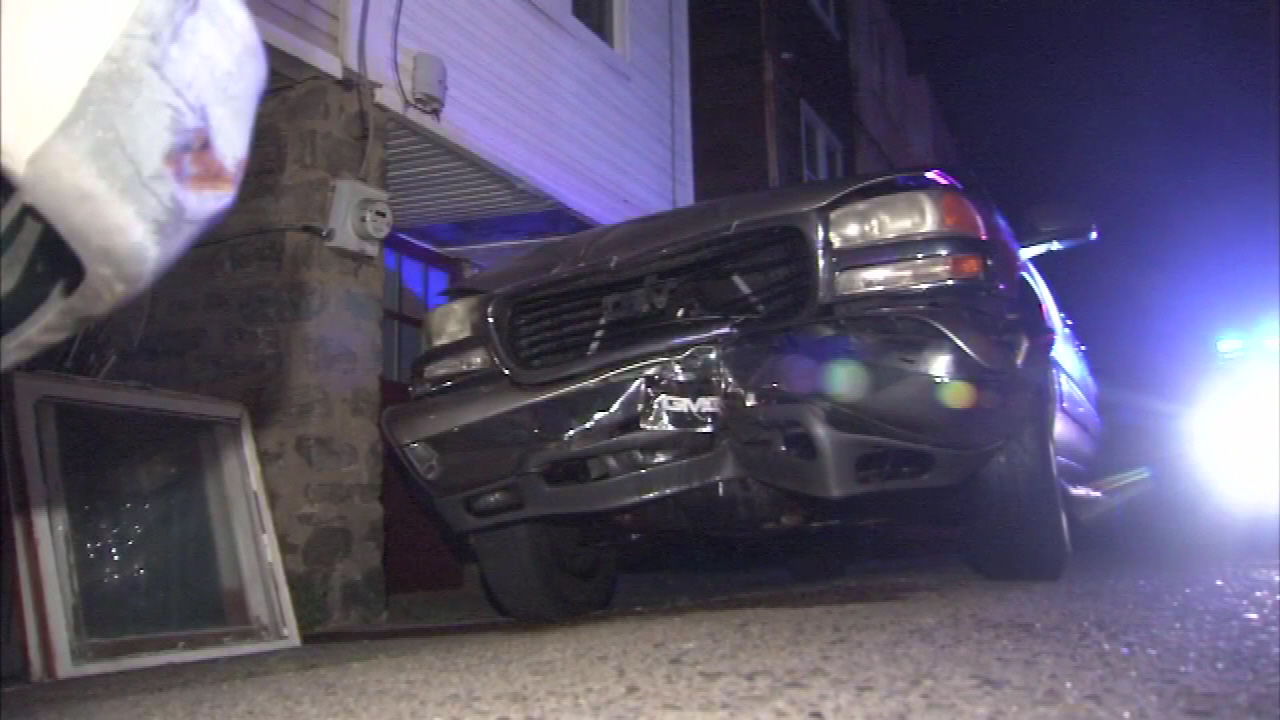 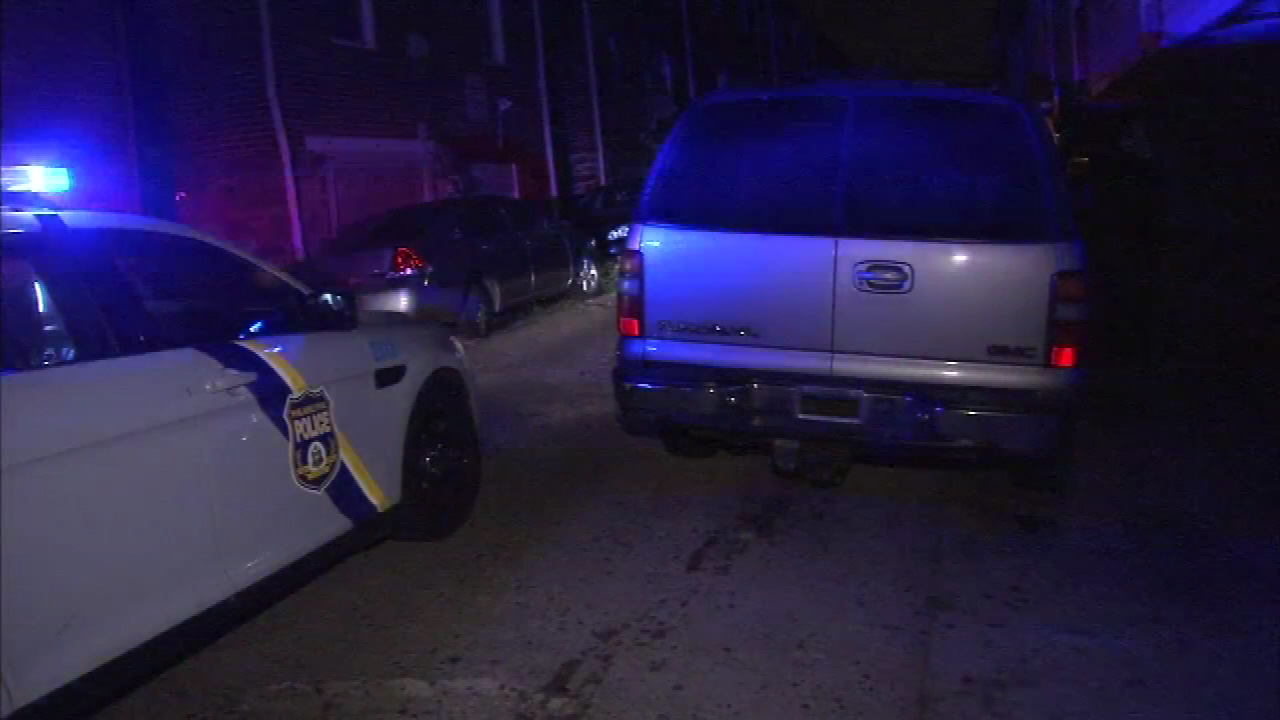 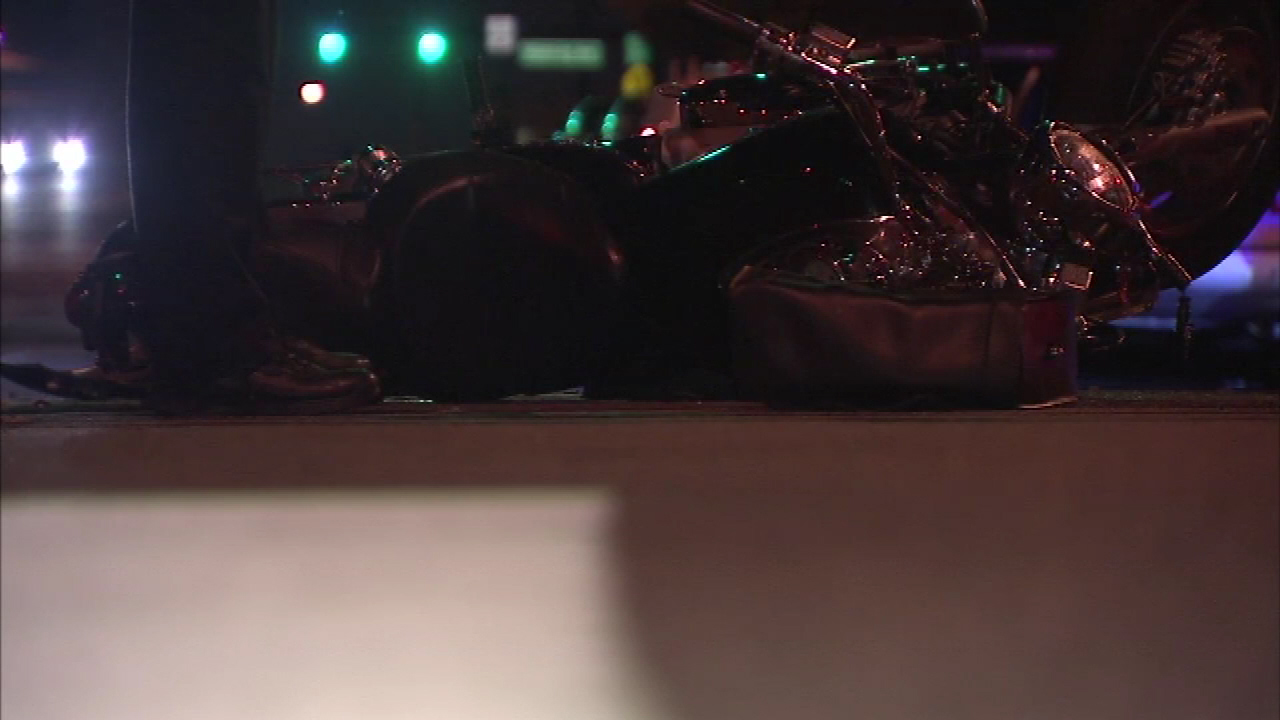 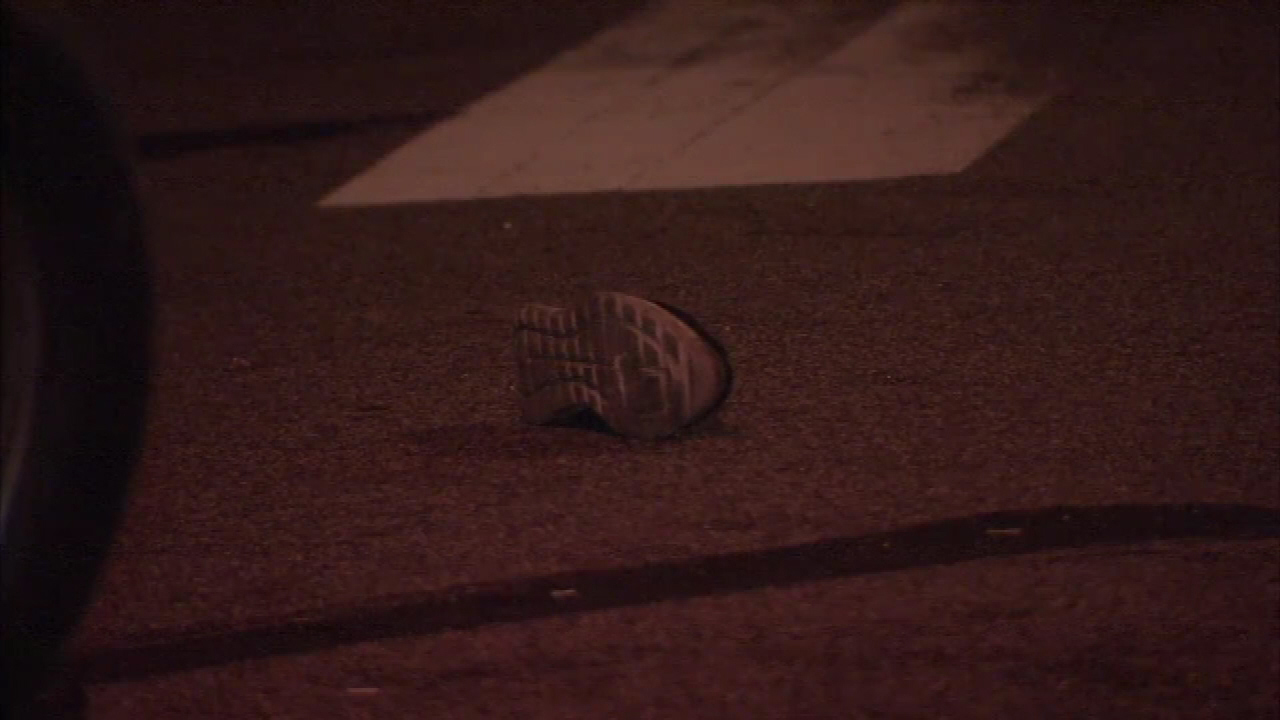 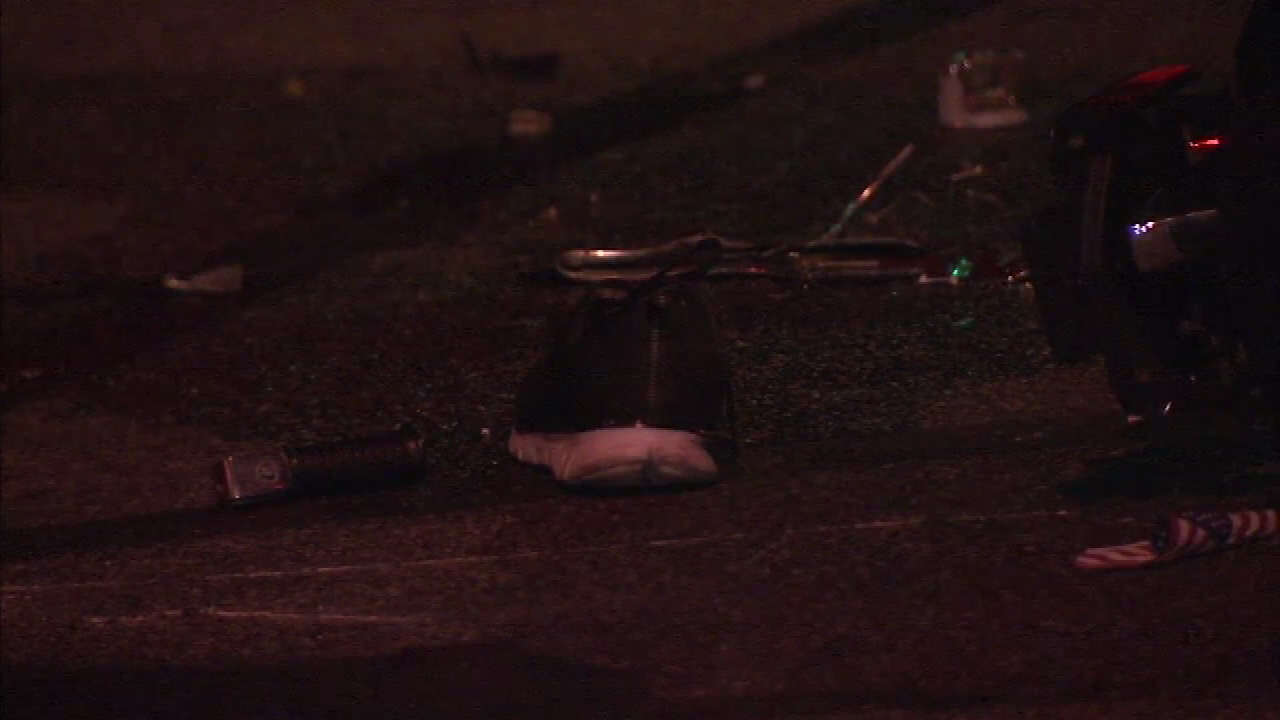 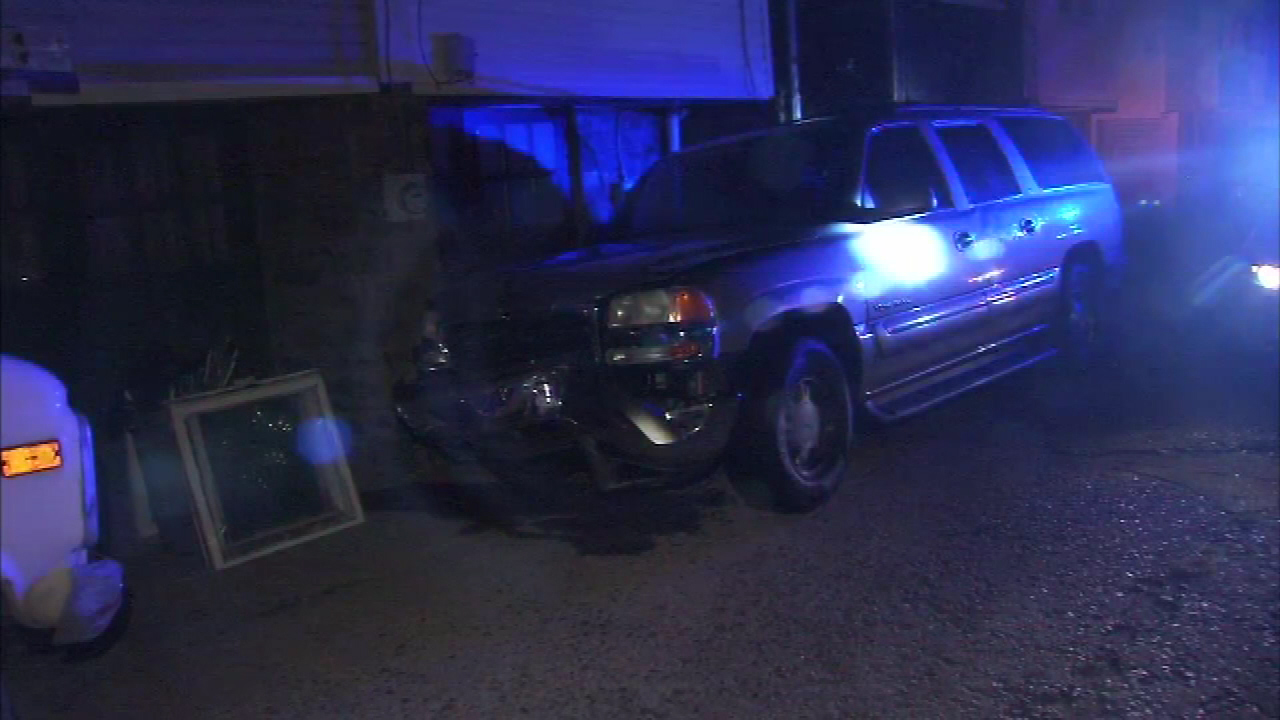 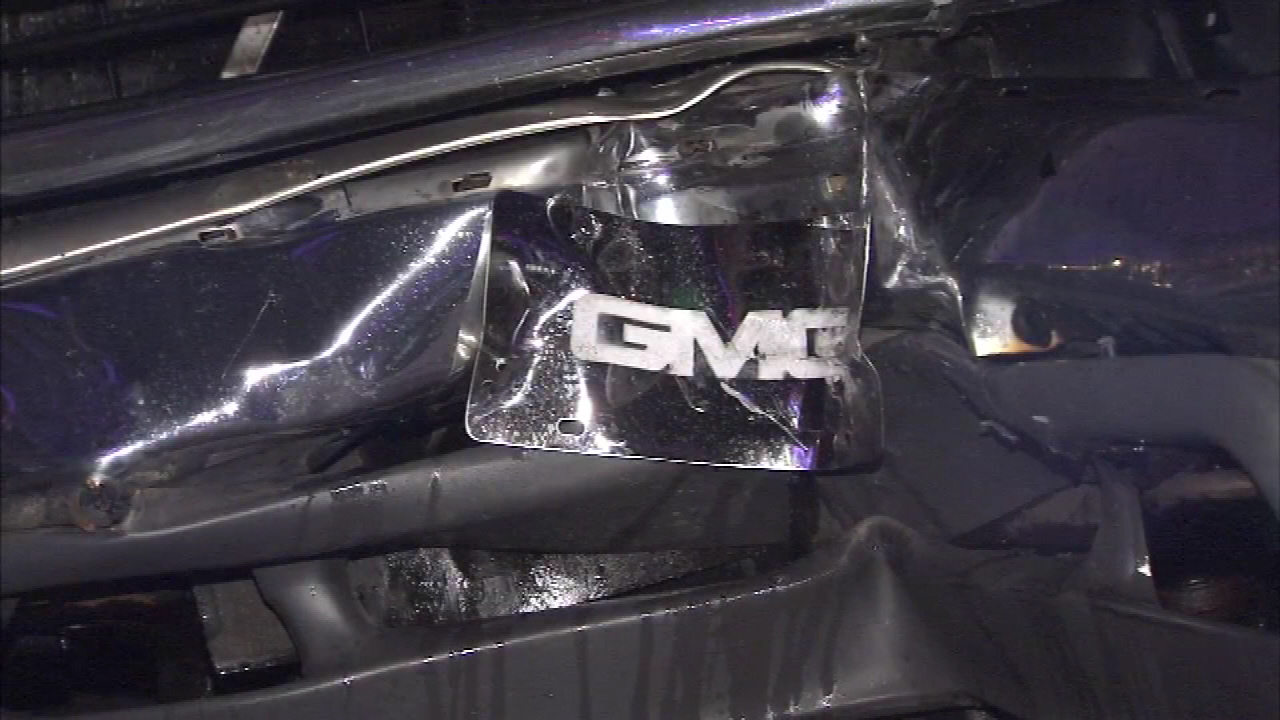 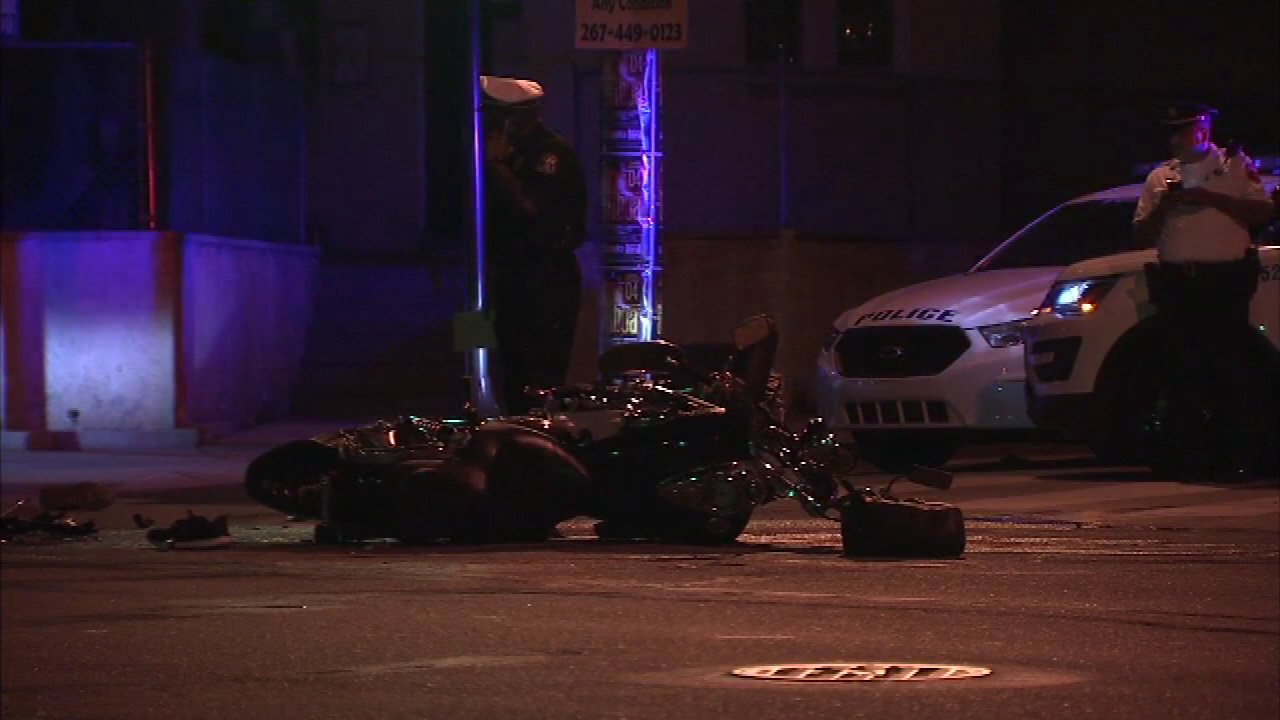 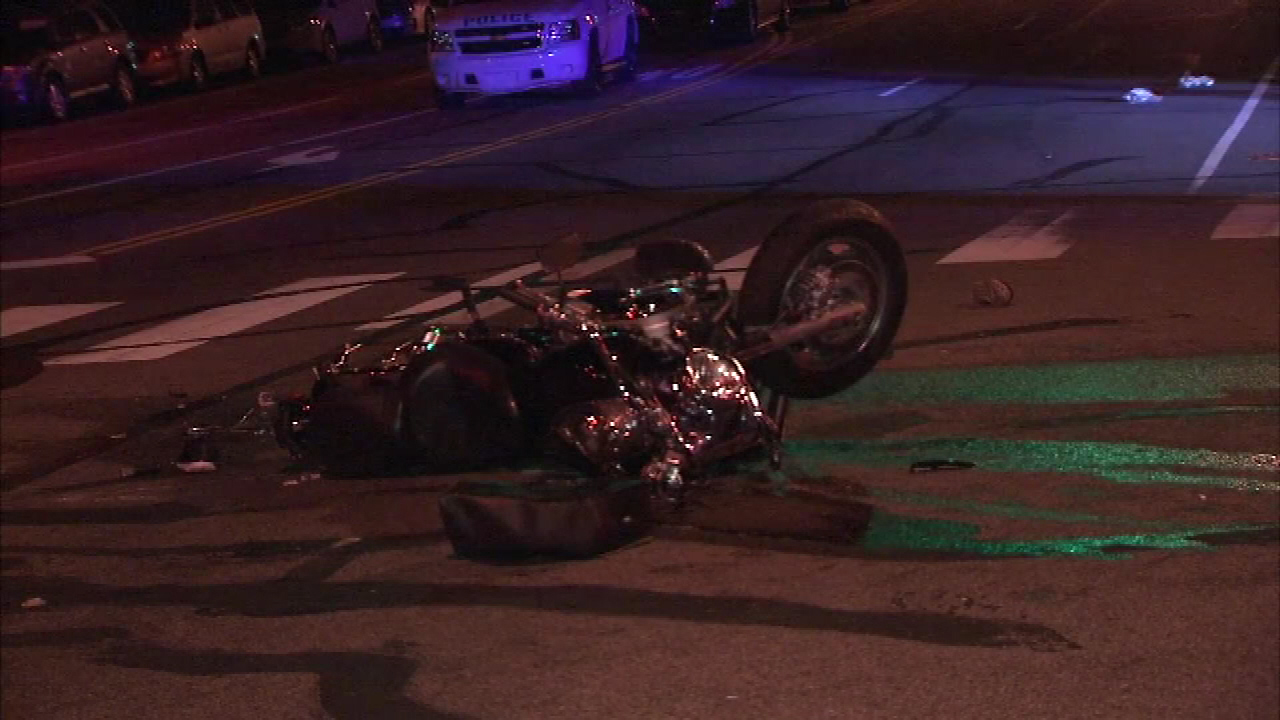 "I mean it's hard. It's a guy who always looked up for the kids here, for the community, and he's always been here for everybody," said Adil El Gharbaoui, neighbor.

Action News obtained video taken earlier this week of Perez riding his beloved 2008 Kawasaki motorcycle, what neighbors say was his pride and joy.

Police say Perez was on that motorcycle when the crash happened around 11:30 p.m. Tuesday on the 4800 block of Whitaker Avenue, at Loudon Street.

Perez was was traveling southbound, police say, when the driver of the 2000 GMC Yukon, which was heading northbound, made a left turn directly into the path of his motorcycle.

Perez was thrown about 30 feet upon impact. First responders arrived to find him unconscious.

He was taken to Einstein Medical Center, where he was pronounced dead a short time later.

"I can't take that out of my head. The image, that image seeing the guy flying and hitting the impact of the street," said Luis Gonzales, witness.

The victim's girlfriend says they had just had dinner at her place and he left about 10:30 to go home. The next morning, her daughter told her what she saw on the news.

"Well, at that point I was shocked. I didn't want to believe it, that it could happen to him," said Mirabel Ruiz, victim's girlfriend.

Surveillance video obtained by Action News shows the Yukon pull up in the rear driveway of a home on the 5000 block of Rorer Street.

For about three minutes it sits. At one point, a figure is seen moving around to the front of the car, where the damage is.

Then the driver continues about halfway down the driveway, front-end damage visible, before dumping the car off-screen.

Roughly 30 minutes later, officers are seen arriving and begin to inspect the driveway.

"This officer did a really good job on this. He followed a fluid trail about five blocks to find this vehicle," said Kelly.

Both airbags in the SUV had been deployed, and the license plate was missing.

Police said it's possible the plate was removed to make it harder to track down the driver. Police have located the owner of the vehicle, and that person has been cleared.

Debris recovered at the scene, including a GMC emblem, appears to match the damage observed on the Yukon. The vehicle has been impounded.

Friends say Perez is a retired New York City firefighter, who served during the 9/11 attack on the World Trade Center.

"He was one of the first responders in the 9/11. I mean this guy had a book of certifications," said Gharbaoui. "If the guy that hit him and run, he's listening, please turn yourself in, do the right thing, be a man about it."

Police say they want driver at large to come forward and speak to them about what happened, adding they really want to hear his side of the story.