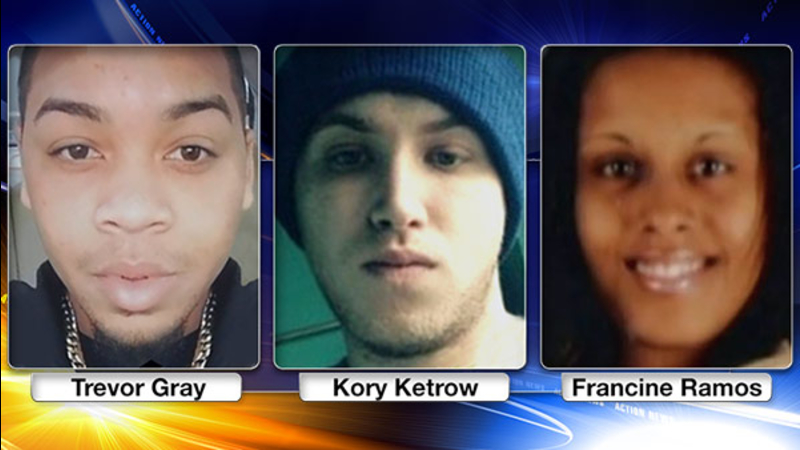 ALLENTOWN, Pa. (WPVI) -- Three men have been charged with deadly shootings in Allentown and Easton.

West and Jourdain allegedly went on to rob three people in Allentown on Monday.

Both were arrested after being identified by witnesses.

That's when investigators say West allegedly confessed to the shootings

Northampton and Lehigh County authorities say the public is no longer in danger.