The stage is set in Salt Lake City for the only scheduled debate between vice presidential candidates Mike Pence and Kamala Harris.

Here are some key questions heading into the debate:

HOW MUCH DOES THIS DEBATE MATTER?

Vice presidential debates rarely move the needle in significant ways during a presidential election. But with President Donald Trump recovering from the coronavirus and his Democratic challenger, Joe Biden, trying to become the oldest president in U.S. history, the stakes are higher this time.

While it's uncomfortable to say out loud, there is a possibility that Pence or Harris might be required to step into the presidency before the end of the next term. That injects greater scrutiny into the prime-time affair for both candidates.

Pence and Harris have long been overshadowed by their principals. This is their time to shine.

SEE ALSO: Everything to know about 2020 presidential debate schedule

WILL IT BE SAFE?

Less than two weeks ago, an unmasked Pence attended the now-infamous White House Rose Garden ceremony that is widely suspected to be the "superspreader" event that infected at least eight attendees, including Trump himself.

A case could be made that Pence should be in quarantine, not at a University of Utah debate hall.

Acknowledging the health concerns, organizers agreed to separate the candidates, who will not be required to wear masks, with a plexiglass shield. The candidates and the moderator will all be seated exactly 12.25 feet (3.7 meters) away from one another. No handshakes or physical greetings are allowed.

Organizers report that a "small number" of ticketed guests will be inside the hall. Anyone who refuses to wear a mask besides the candidates and moderator will be removed.

We usually focus on political risks, but there are legitimate physical risks at play.

HOW WILL PENCE DEFEND THE WHITE HOUSE'S HANDLING OF THE PANDEMIC?

Pence, the chair of the president's coronavirus task force, has some tough questions to answer.

More than 210,000 Americans are dead. The White House is a hot zone. And still, the Trump administration does not have a comprehensive national strategy to contain the pandemic.

It's fair to assume that the White House's standard talking point about blocking travel from China early on won't get Pence out of trouble on this one. The truth is, under Trump and Pence's watch, more people have died from the virus in America than in any other country.

Pence will also be forced to answer for Trump's repeated attempts to downplay the threat of the virus and to discourage basic safety precautions like mask usage - a pattern that continued even after the president was released from the hospital on Monday.

Pence is far more polished than Trump in some ways, having spent the last 20 years in elected office. He will need every bit of that experience to talk himself out of this one.

HARRIS IS MAKING HISTORY. WILL IT ENERGIZE DEMOCRATS?

It's no secret that Biden has struggled to excite some Democrats behind his candidacy. Harris could help on that front as she reminds America that she could make history as the first Black woman to serve as vice president. Her appearance on the debate stage alone is historic.

Look for Harris to have a moment Wednesday night, likely scripted, to help highlight her unique place in history. She did so effectively in the Democratic primary debates when she pointed to her personal experience with school busing - an experience she used, of course, to attack Biden.

Democrats are still working aggressively to encourage low-propensity voters, especially Black and younger people, to show up for Biden. Harris has perhaps her biggest and best opportunity to help address those concerns Wednesday night.

WILL EITHER CANDIDATE TAKE THE GLOVES OFF?

The first rule for any running mate is to do no harm to the ticket. That typically puts a lot of pressure on vice presidential candidates to stick to cautious talking points.

But these are not typical times.

Pence has shown over the last four years that he has little interest in doing anything other than praising the president. But Harris, a former prosecutor, has demonstrated an ability and willingness to bring the fire when she wants to.

The California senator is uniquely positioned to attack Pence on the Trump administration's handling of racial divisions, women's issues, the coronavirus and the president's Supreme Court nominees.

Given how muted she's been on the campaign trail since joining the ticket, the question is how aggressive Biden's team will allow her to be. 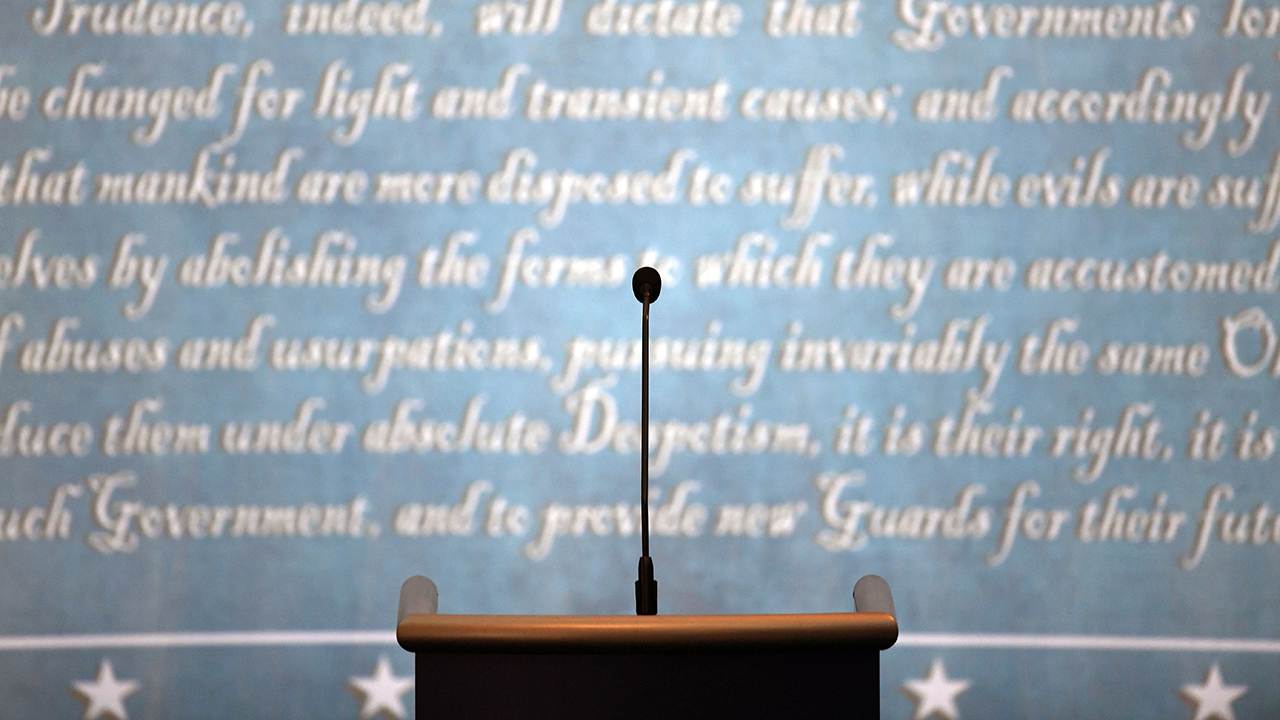