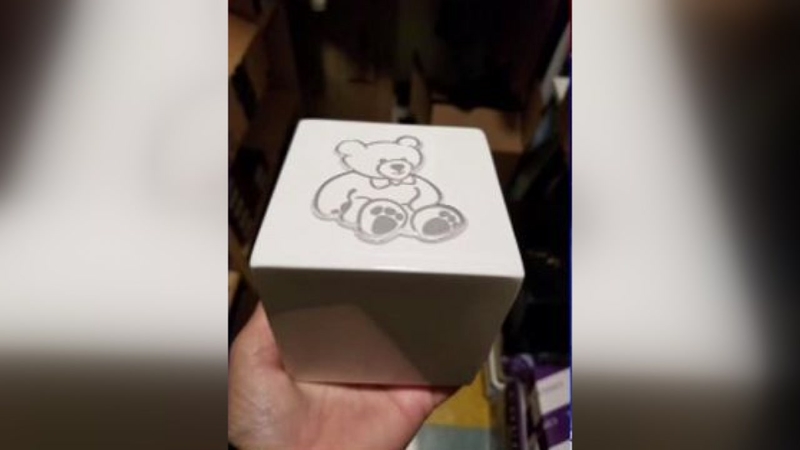 HOUSTON -- A Texas mother wants to let the vandals who broke into her family's home know that what they took was irreplaceable.

"Please. Please. Return it. Give it to somebody else. Turn it into the police department," Siobahn Gracely pleaded.

Her family's West University Place home was burglarized on Saturday.

The suspects ransacked the home.

Among the things taken was a white box containing her son's ashes. He died as an infant, and the box had never been opened.

"We place so much value on those ashes and we would really love to have them returned to us," Gracely said.

The crooks may have thought there was jewelry inside, but once they realize otherwise, Gracely thinks they'll throw away everything.

The box has a teddy bear on top. The funeral home told Gracely the ashes are in a small bag inside.

"Hopefully, hopefully someone will see it. You do hear stories of these ashes found and returned," Gracely said.