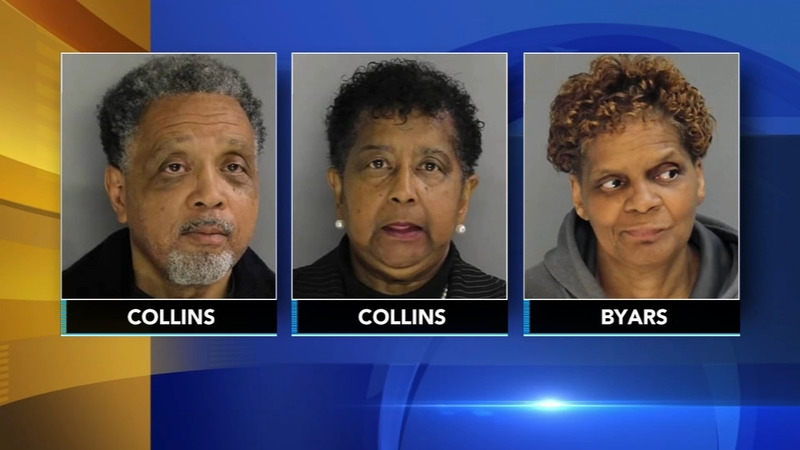 The suspects allegedly used a shell company and a local church to launder the stolen money. Authorities said there were more than 100 victims, all over the age of 60.

The three defendants were walked out of the Delaware County Courthouse Monday. Keith Collins was the only one who spoke and said, "These are allegations, that's all they are."

Action News went to the church he said he pastored, Church of the Overcomer, in Trainer, Pennsylvania. A man who identified himself as his brother was there, and said Collins had been helping the community for years.

"Helps people find homes, he's worked with people that no one else wants to work with, we believe these charges are false," said Andre Collins, who identified himself as Keith Collin's brother.

Authorities were alerted to this scheme when a nursing home complained that they weren't receiving payments from a 94-year-old's legal guardian, who was listed under the care of "Pinnacle Guardian," which an investigation showed that Keith and Carolyn Collins were listed as managing partners of.

All three defendants are accused of using the money to live a lavish lifestyle, taking expensive vacations and buying expensive cars, and flaunting it on social media.