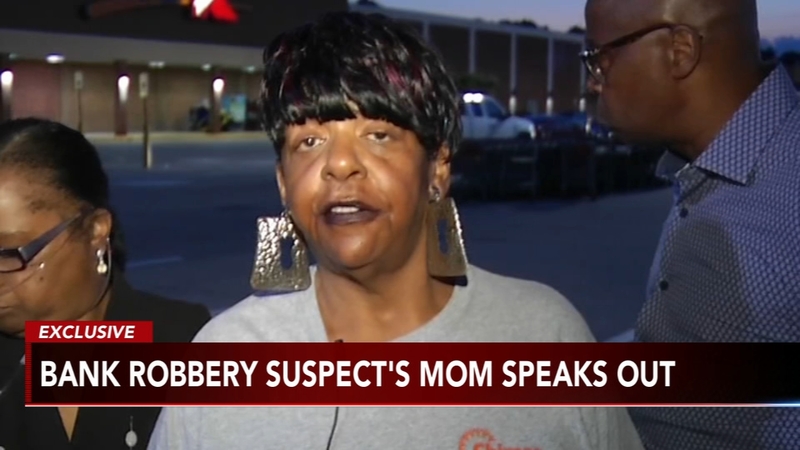 WILMINGTON (WPVI) -- The mother of a suspected Delaware Valley serial bank robber said her son needs help and is asking for him to contact her.

Authorities have identified 39-year-old Michael Wheeler as the suspect who robbed three banks in the state of Delaware and one in Delaware County, Pennsylvania.

Detectives said he carried out the four bank robberies between July 29 and August 5.

The most recent incidents occurred this past Monday at an M and T in Middletown and a Wells Fargo in Wilmington.

On Friday, Action News spoke exclusively with Phillis Wheeler. She said her son suffers from mental illness and she is pleading for him to surrender peacefully.

She added, "I'm not justifying for what he did, because that's wrong, but he's not himself."

Phillis Wheeler told Action News she spoke with her son last Sunday night and tried to get him to surrender.

She said her son does not have a gun.

"Please pray for my son," she said. "My son is not a threat, he has mental issues."