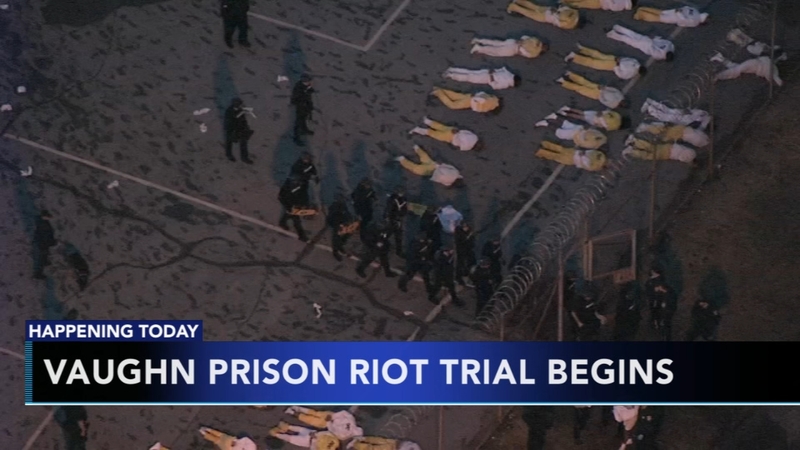 WILMINGTON, Del. -- Opening statements are set in the trial of four Delaware inmates charged with murder, kidnapping and other crimes following a fatal prison riot.

Prosecutors also are expected to call their initial witnesses Monday in a trial expected to last two weeks or more.

The defendants are among 18 inmates charged in the riot. One inmate has pleaded guilty and agreed to testify against the others, who will be tried in five separate groups.

Two other prison guards were released by inmates after being beaten and tormented. A female counselor was held hostage for almost 20 hours before tactical teams burst through a wall with a backhoe and rescued her.