Residents in building, neighborhood of stand off ask for more assistance 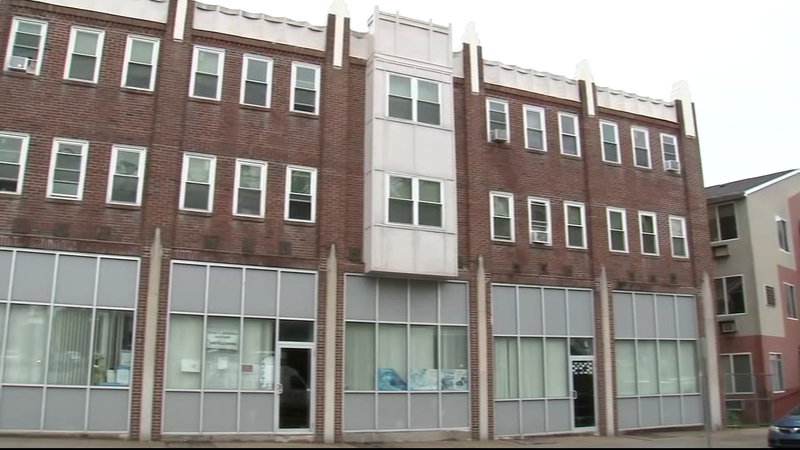 Residents in building of standoff ask for more assistance

WILMINGTON, Delaware (WPVI) -- The standoff that unfolded for hours last week in Wilmington was a traumatic experience all around.

It was for the three police officers who were wounded, their families, and law enforcement as a whole.

But also for the residents inside the building and neighbors surrounding it.

Once the scene cleared, residents went back inside the King Plaza Apartment Complex to find holes blown in walls, blood on the floors, and items from the chaotic situation and investigation left scattered behind.

Things were especially grim inside the apartment where the suspect, 31-year-old Bernard Goodwyn, barricaded himself.

"You know, what we walked into was not good. It wasn't good for the residents to walk in and see the aftermath of what took place. We had kids walking through the building," said Sharita Sewell.

Sewell and her sister Lanita Brooks say their 61-year-old mother can no longer live there.

Their mother was home when Goodwyn climbed up the fire escape and broke in through the window.

Luckily, she escaped when he wasn't paying attention.

But they say their mother and many residents inside need more attention from the company that owns the building and Wilmington City Hall.

"If there are funds out there to help all of these residents, not just my mom, then that needs to happen, because as you can see still walking through this building that it's not livable," said Lanita Brooks.

Brooks and Sewell, were also joined by Sandra Pitts, CEO of the local nonprofit One Village Alliance.

"A whole community, a whole neighborhood was under siege. Our question is: Where is the response? The grief counseling and the support," said Pitts.

She also says there should have been a protocol before residents were allowed back inside.

"We walked back into this building over gloves with blood on it, explosive devices that had been detonated, and there's still shrapnel in drywall," Pitts added.

Now since this happened, Sewell and Brooks showed Action News that some repairs have been made inside.

"If this happened in downtown Wilmington or in a suburban area, this would still be getting attention," said Sewell.

Officials say they have been offering grief support and add to anyone who feels they need help to reach out.