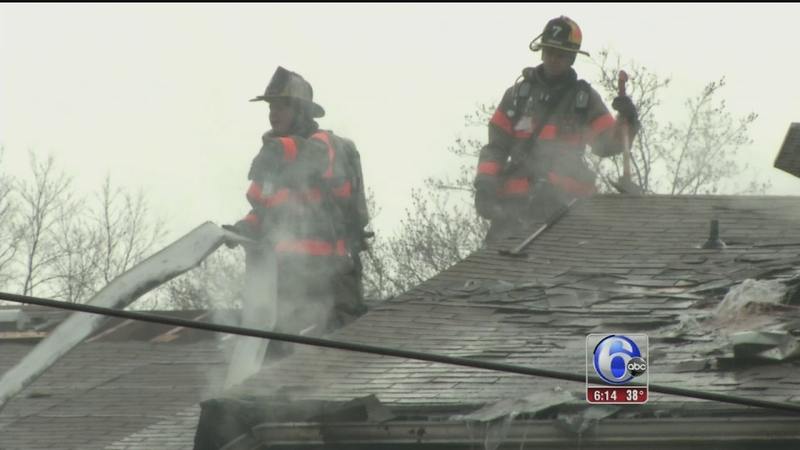 DEPTFORD, NJ (WPVI) -- Five people were injured after a fire broke out an apartment complex in Deptford, New Jersey.

The fire broke out just before 1:30 Sunday afternoon at the Chestnut Lane Apartments in the 1200 block of Chestnut Lane.

Officials say five people were trapped on the second floor.

Firefighters were able to get them out and rush them to local hospitals.

It appears that their injuries are not considered to be life-threatening.

Fire officials say their progress fighting the blaze was hampered because nearby hydrants were blocked by parked cars.