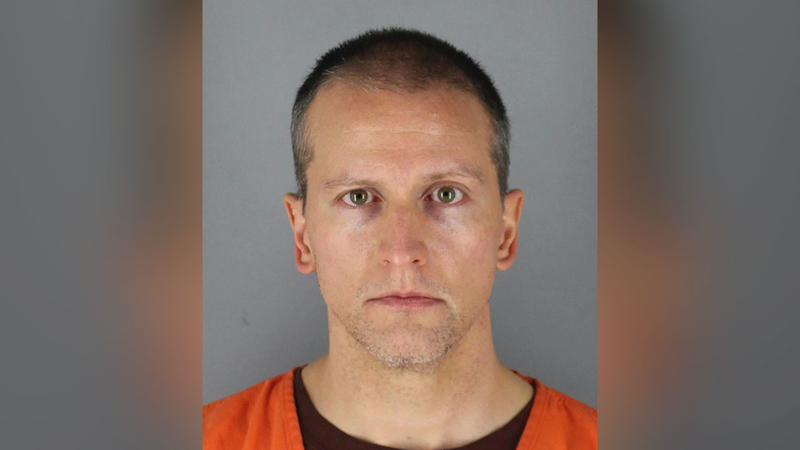 1 of the charges dismissed against Derek Chauvin

ST. PAUL, Minn. -- A third-degree murder charge against a former police officer involved in the death of George Floyd has been dismissed.

The state has five days to appeal.

Under the state's sentencing guidelines, a conviction on unintentional second-degree murder carries a presumptive sentence of 12.5 years. But a judge can order a sentence ranging up to 15 years without departing from the guidelines. For second-degree manslaughter, the guidelines call for four years in prison, or a discretionary range up to 4.75 years.

In the same ruling issued by Judge Peter A. Cahill Thursday, the motion to dismiss the charges for the three other former police officers, J. Kueng, Thomas Lane, and Tou Thao, was denied.

Kueng, Lane and Thao are all still charged with aiding and abetting both second-degree murder and manslaughter.
All four of the officers were fired.

In August, Chauvin asked a judge to dismiss his charges, with his attorneys arguing there was not sufficient evidence against him.


Prosecutors have maintained Floyd was vulnerable as he was handcuffed with his chest pressed against the ground and he was treated with particular cruelty.
Attorney General Keith Ellison's office has also noted that the former officers were in a position of authority at the time and "inflicted gratuitous pain on Mr. Floyd" as witnesses, including multiple children, watched.

Floyd, a Black man, died May 25 after Chauvin, who is white, pressed his knee against Floyd's neck for nearly eight minutes as Floyd said he couldn't breathe and became motionless.
In October, Cahill issued new conditions of release for Chauvin, allowing him to live in a neighboring state while he awaits trial.

All four officers are set to be tried in March.