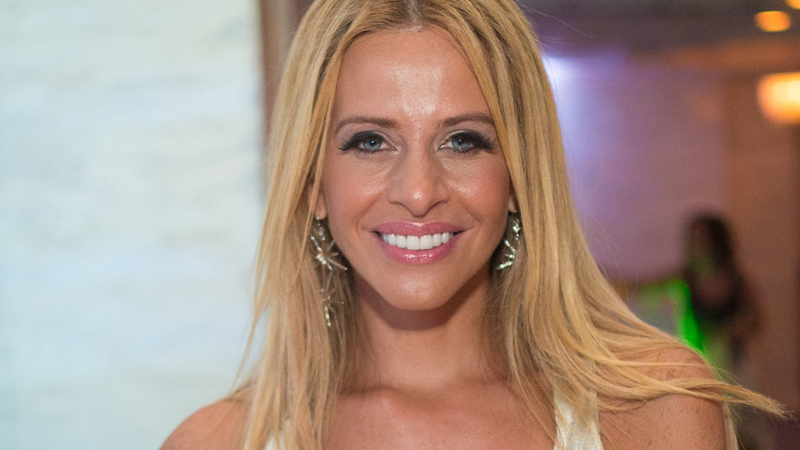 NEWARK -- The ex-husband of a "Real Housewives of New Jersey" cast member hired a reputed mobster to carry out an assault of the woman's current husband in exchange for a lavish wedding reception, federal prosecutors in New Jersey said Tuesday.

Thomas Manzo, 55, of Franklin Lakes, and John Perna, 43, of Cedar Grove, were each charged with conspiracy and committing a violent crime in aid of racketeering activity. Manzo is the ex-husband of Dina Manzo, while Perna was identified as a soldier in the Lucchese crime family, according to prosecutors.

Perna was also charged with conspiracy to commit wire and mail fraud related to the submission of a false car insurance claim, while Thomas Manzo was charged with falsifying and concealing records related to the federal investigation of the violent crime. Both men were arrested Tuesday and made their initial court appearances later in the day via videoconferencing.

Thomas Manzo hired Perna in the spring of 2015 to assault his ex-wife's then-boyfriend in exchange for a deeply-discounted wedding reception at a Paterson restaurant where Thomas Manzo is an owner, prosecutors said. The alleged assault occurred in July 2015.

The following month, Perna held a "lavish" wedding reception at the restaurant for a fraction of the price, prosecutors said. More than 330 people attended, including many members of the Lucchese Crime Family, authorities said.

Manzo's attorney, Michael Critchley, said his client is "absolutely innocent, and the allegations more resemble a fictionalized plot of a reality TV show, and will be proven to be nothing more than that."