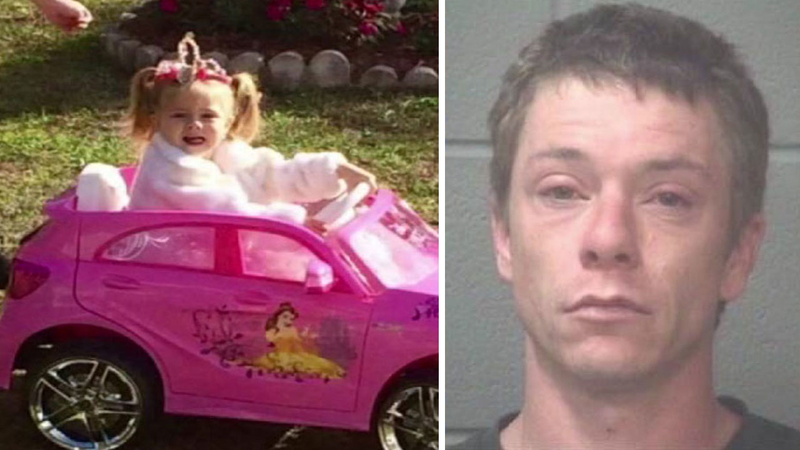 Document alleges Mariah Woods may have been sexually abused

JACKSONVILLE, North Carolina (WPVI) -- A court document reveals that Mariah Kay Woods, the 3-year-old who was the subject of an Amber Alert that garnered national attention, may have been sexually abused by her mother's live-in boyfriend.
The details were first reported by the Jacksonville Daily News.

WTVD-TV reports, the document lists several acts of abuse against Mariah and her two brothers, including physical violence and sexual abuse of the little girl, whose body was found this past weekend miles from her Onslow County home.

Kristy Woods, the children's mother, knew of the sexual abuse and allegedly "failed to protect the juveniles from exposure to sexual abuse," the document alleged.

Mariah was reported missing by her mother on Nov. 27.

The Onslow County Sheriff's Office and the FBI announced Saturday that they have recovered remains believed to be that of 3-year-old Mariah Woods.

Mariah's biological father, Alex Woods, has sought custody of his other children.

On Tuesday, at the growing makeshift memorial for Mariah, John McMichael placed hand-carved angel wings in her memory.

"I love how the community's come together for her - disappointed that it takes something like this to do that," he said. "But it just gave me, I don't know, a way to say goodbye."

McMichael told WTVD that his son attended pre-k with one of Mariah's brothers last year and he saw her all the time before and after school.

"She seemed happy to me," McMichael said. "I mean, watching her interact - come into the classroom and hug her brother and hug some of the other kids and the parents. Her and her brother were both like that- everyone got a hug."

Ashley Murillo, who visited the memorial on Tuesday, said, "I'm angry that her life was taken too soon. I think she's in better hands."
----------