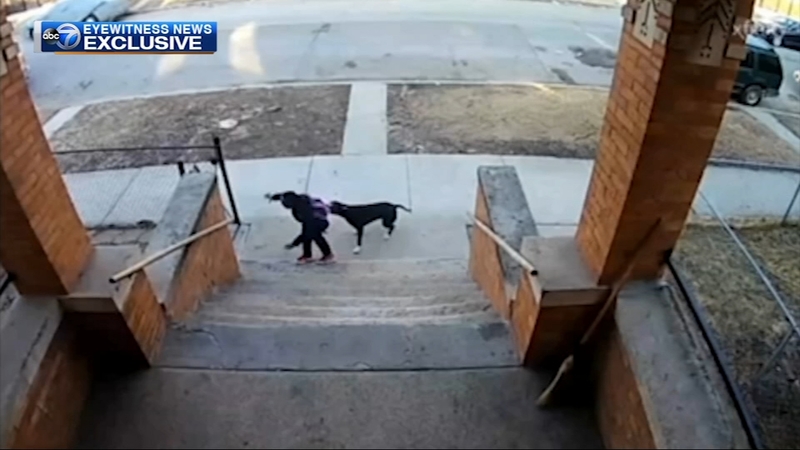 Teen with broom saves children from dog attack in Englewood

CHICAGO -- A group of children narrowly escaped a dog attack as they got ready for school in Chicago Monday morning. The dog was scared off by a teenager with a broom.

The family said the terrifying encounter with the angry canine on the family's front porch steps seemed never-ending.

Karl, 7, and his 13-year-old cousin Jamal said it happened as they were about to leave for school.

"I just kept hearing the three kids yelling," Jamal Anderson said. "They're all just yelling, screaming, crying, but they didn't know what to do because they're still young."

The dog had Karl cornered, but Jamal, broom in hand, rushed to his cousin's aid. He hit the dog once, giving Karl enough space to get away without injury.

"I just seen the broom and grabbed it and just jumped down the stairs. And I hit it real hard," Jamal said.

Karl added, "Then the dog ran away."

The bite marks on Karl's backpack are now reminders of what could have been.

The trusty broom is back on the porch.