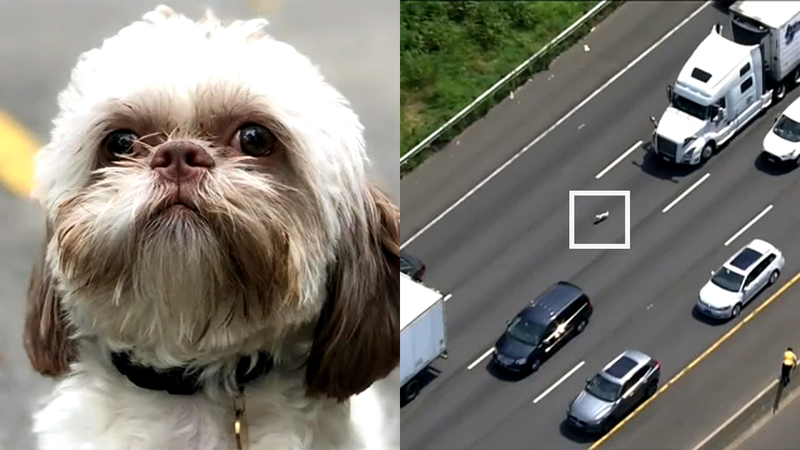 WASHINGTON D.C. -- A little dog named Astro is okay after leading first responders on a chase down a Washington D.C. expressway.

On Friday, owner Liyah Young was involved in a crash. While she headed to the hospital with minor injuries, her Shih Tzu-poodle mix, who's a year and a half old, was placed in a fire department vehicle for his safety.

After someone accidentally opened the door to the vehicle, Astro began running down a closed interstate.

"We were in pretty good shape. The dog was ahead of us, but we were gaining ground on him," said Fire Captain Don Yingling. "There was a break in the wall, and he made it through there, and that's when it got a little hairy."

Astro headed straight toward traffic. He went under a car but resurfaced unscathed.

"The job is to protect everybody -- animals and people and everything -- so we didn't want him to get over there," said firefighter Zach Horchar.

Firefighters were able to rescue him after he took a quick U-turn in front of a tractor trailer.

"A civilian actually stopped and actually scared him into the bushes, and he was running up the hill, and we were able to catch him," Yingling said.

The entire chase lasted seven minutes, and Astro ran so fast and so far that a veterinarian said he hurt the pads of his paws.

"They should have named him Rocket," said Yingling.