Firefighters were called and went to work to rescue the dog.
WPVI
By 6abc Digital Staff 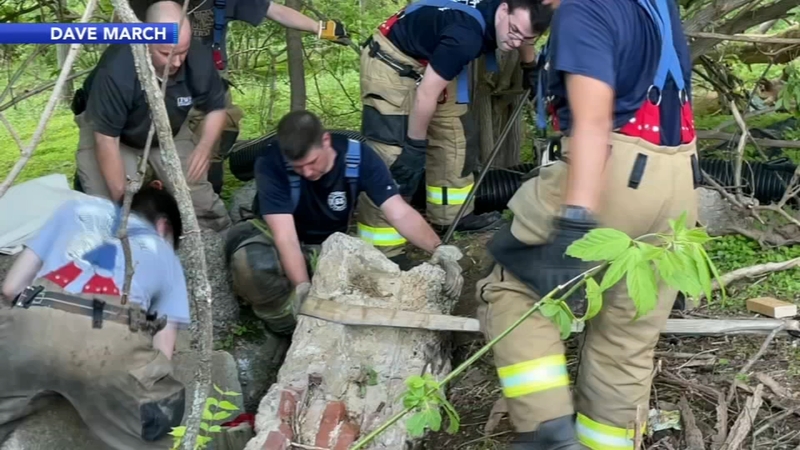 Dog chasing groundhog gets stuck under concrete in Chester Co.

EAST BRADFORD TWP., Pennsylvania (WPVI) -- A dog who got stuck after chasing a groundhog is safe at home thanks to firefighters in Chester County, Pennsylvania.

Chloe had seen a groundhog and decided to chase after it.

However, the dog did not catch the furry animal. Chloe ended up being stuck under a slab of concrete on the 600 block of Tower Lane in East Bradford Township.

Firefighters were called and went to work to rescue the dog.

"Chief Officers along with crews from Ladder 53 and Brush 51 began to dig and carefully move large concrete slabs in attempts to free Chloe," the fire department said in a Facebook post.

It took crews an hour and a half to free the dog.