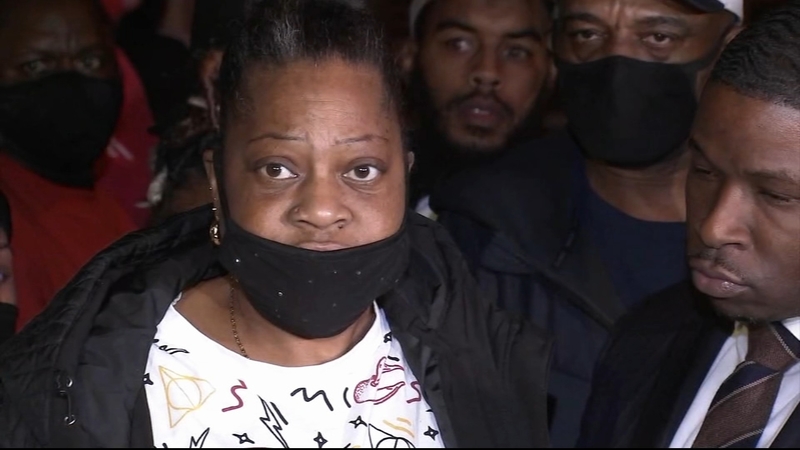 PHILADELPHIA (WPVI) -- The mother of Walter Wallace Jr. said Tuesday that she pleaded with police officers before they shot and killed her son.

Wallace Jr., 27, a Black man who police say was armed with a knife, was killed Monday after police fired more than a dozen shots on the 6100 block of Locust Street in West Philadelphia around 3:50 p.m.

"They paid me no mind, and shot my son," she said.

Wallace Jr.'s parents said their son suffered from mental health issues and that police had been called to the home earlier in the day before it turned deadly.

"I can't even sleep at night, every time I close my eyes I got flashbacks of multiple shots," said Walter Wallace Sr.

Many are left wondering if this shooting could have been avoided.

The Philadelphia Police Department will increase its presence across the city Tuesday in anticipation of further displays of civil unrest in response to the shooting death of Walter Wallace.

"How do you feel to make the 911 call to get help for your son and the end result is murder," said Wallace Jr.'s cousin, Anthony Fitzhugh.

Authorities say the officers did not have tasers. They said not all Philadelphia officers carry them.

Police Commissioner Danielle Outlaw said Tuesday she has already asked in the past that additional funding be added to the budget for tasers.

Wallace Jr.'s death sparked both protests and looting for a second night on Tuesday.

"Burning down people's businesses, looting, stealing -- that's not the answer. That's not the solution," said Fitzhugh.

Outlaw has promised a full and comprehensive investigation.

The department is completing a threat assessment on whether to release the names of the officers involved. Outlaw said the names would be released as long as that does not put the officers' safety at risk.
Report a correction or typo
Related topics:
philadelphiapolice involved shootingwalter wallace jr shootingprotestshooting
Copyright © 2021 WPVI-TV. All Rights Reserved.
More Videos
From CNN Newsource affiliates
TOP STORIES