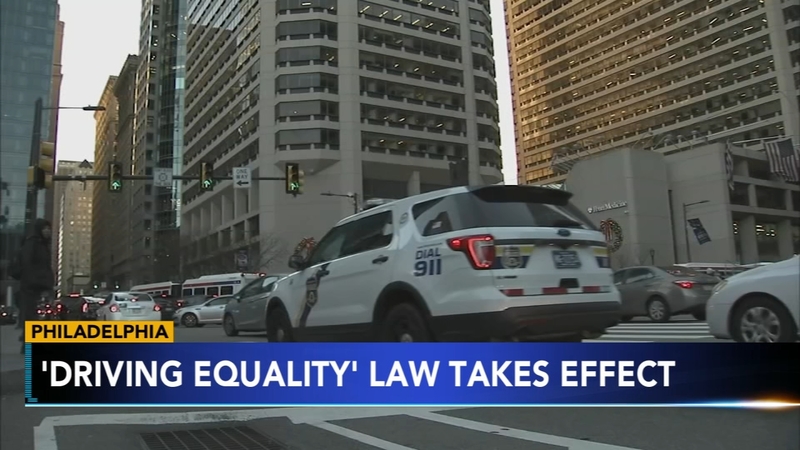 PHILADELPHIA (WPVI) -- A controversial new law went into effect in Philadelphia Thursday-- even as a lawsuit by the Fraternal Order of Police Lodge 5 seeks to stop it.

The FOP Lodge 5 argues that the First Class City Home Rule Act prevents Philadelphia from creating a law counter to those already in place.

It's aimed at stopping those kinds of violations from being used as a pretext that has resulted in people of color being more than three times as likely to be pulled over as white people.

The Fraternal Order of Police has sued the City over the law - claiming it violates state law and risks public safety.

Councilmember Isaiah Thomas drafted the Driving Equality bill to combat the racial profiling he's witnessed and personally experienced on the streets of Philadelphia.