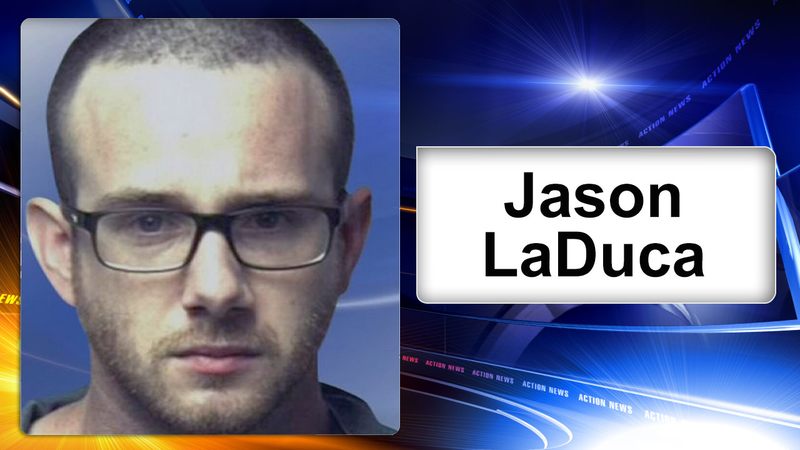 EASTON, Pa. (WPVI) -- Prosecutors in Easton, Pa. announced new charges against a man who gave a woman a deadly dose of drugs.

They say they're charging that man in her death as a way to crack down on heroin and methamphetamine problem that's been getting worse and worse in the area.

26-year-old Jason LaDuca of Easton was already facing serious charges linked to the death of a 27-year-old woman from Bethlehem Twp.

LaDuca is accused of providing and injecting the methamphetamines that resulted in the death of Rachel Dannucci this past November.

LaDuka had already been charged with aggravated assault and reckless endangerment, but now Northampton County DA John Morganelli has upgraded the charges to include "drug delivery resulting in death."

Morganelli says there has been a local spike in heroin and methamphetamine cases in his county, and his decision to amend the charges against Laduka will hopefully send a message to the dealers and drug abusers in this region.

"We are going to continue to be tough on these cases. We have to put an end to the fact that these drug deliveries are resulting in people dying in our streets here in Northampton County and across Pennsylvania," Morganelli said.

The DA also announced a task force to educated young people about the dangers of illicit drugs.