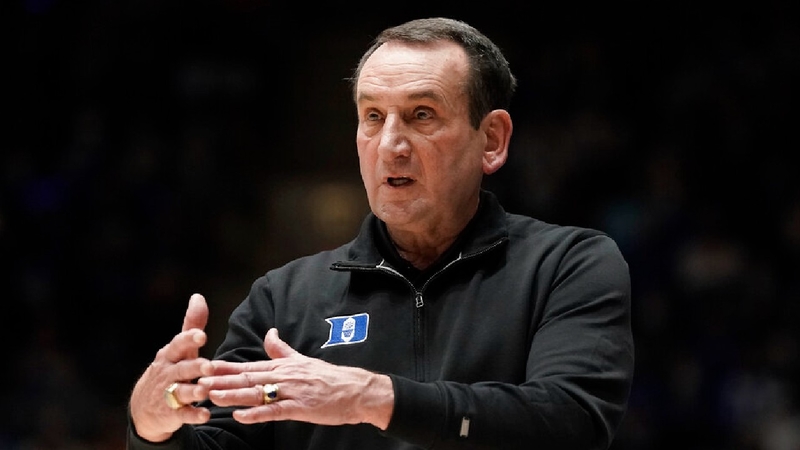 Coach K's grandson, Michael Savarino, and star freshman Paolo Banchero are charged with crimes related to driving while under the influence.

Coach K and Duke Athletics released the following statement about the situation:

"We are reviewing a legal matter involving two members of the men's basketball team. Any further actions as a result of this situation will ultimately be determined by the Vice President/Director of Athletics and University officials."

North Carolina State Highway Patrol said a trooper pulled over a 2017 White Jeep registered to Banchero and being driven by Savarino, 20, on Bushy Cook Road near W. Ten Road around 1 a.m. Sunday, Nov. 14. The trooper said Savarino ran a stop sign, had red glassy eyes and smelled of alcohol.

The trooper had Savarino take a breathalyzer. He reportedly blew a .08, which is over what is legally allowed in North Carolina. He has a Dec. 9th court date scheduled on charges of driving while impaired, failure to yield at a stop sign and driving after consuming. He also had his driver's license revoked for 30 days under this North Carolina law.

Banchero, 19, was in the vehicle with Savarino. He faces charges of aiding and abetting DWI.

Banchero is expected to be a one-and-done player at Duke. He was voted the ACC Preseason Player of the Year and will likely be a top pick in next year's NBA Draft. In three games, he is averaging over 19 points and 8 rebounds per game.

Savarino walked on to the basketball team in 2019. He played four minutes in Duke's most recent game. His mother is Coach K's oldest daughter and an assistant athletics director at Duke.