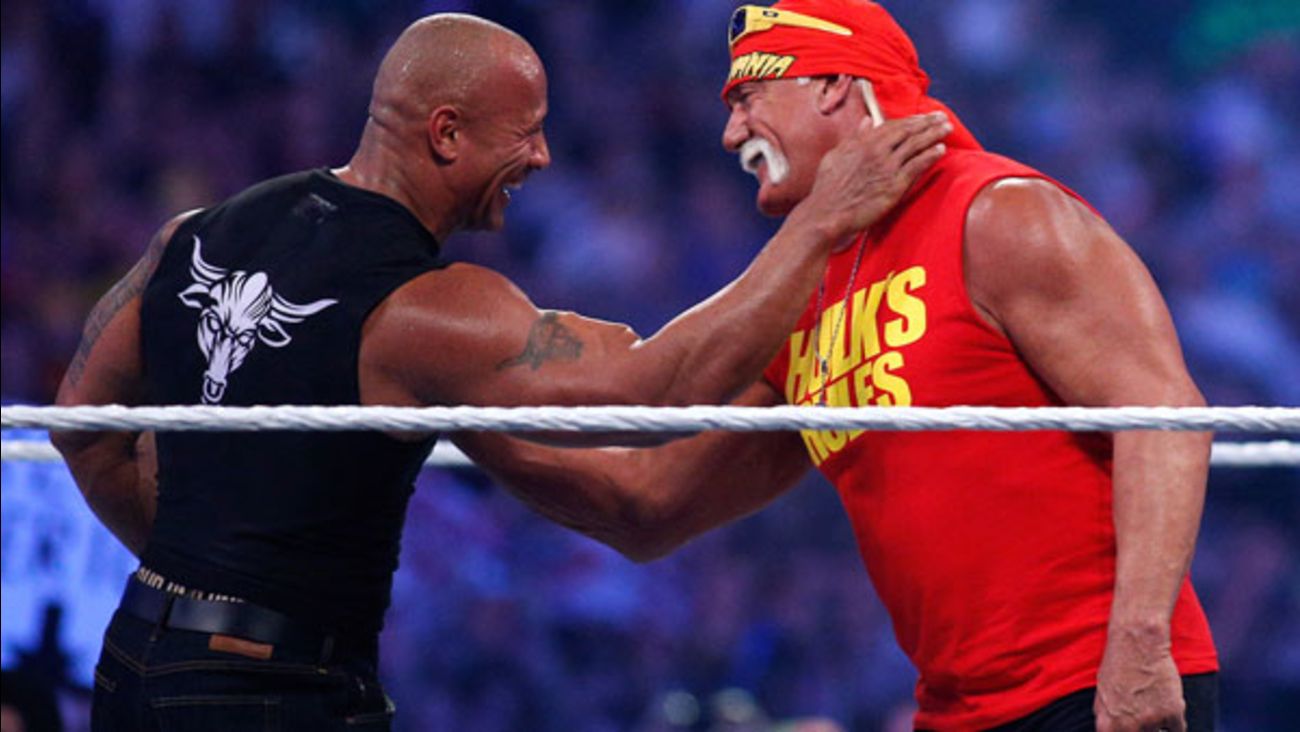 BEVERLY HILLS, Calif. -- Dwayne Johnson says he was disappointed when he heard about a tape of Hulk Hogan using racial slurs.

"I've known Terry for a lot of years, and my dad helped train him in Florida in the '70s when he was breaking into the business. I come from a very long line of lineage of professional wrestlers. I had not known the man to be racist," said Johnson, who was at the meeting to talk about his HBO series, "Ballers."

He acknowledged: "We've all talked trash, you know, especially in private. He said what he said, and he's paying the price."

The 61-year-old Hogan has suffered backlash despite apologizing in a statement for using "offensive language."

World Wrestling Entertainment Inc. severed ties with him this week.

Also Thursday, a judge set a March 2016 trial date for a lawsuit brought by Hogan against Gawker Media for releasing a sex tape that contained the comments.