WATCH: Carson Wentz talks about comeback ahead of return 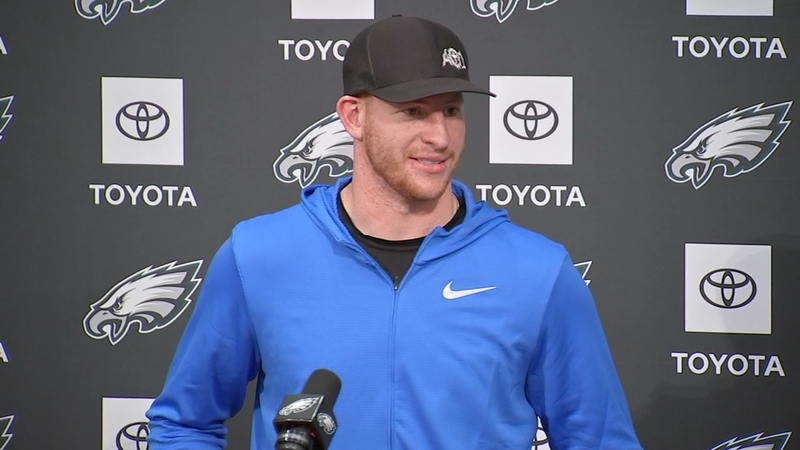 PHILADELPHIA -- Philadelphia Eagles starting quarterback Carson Wentz is back. He will take the field this Sunday at Lincoln Financial Field against the Indianapolis Colts.

It will be the first time Wentz has played in a game since last December. That's when got hurt playing in the game against the Rams in Los Angeles.

Since then, he's been on the road to recovery.

On Wednesday, Wentz addressed the media for the first time since they announced he's been cleared to play. You can watch the entire news conference in the video player above.

Carson Wentz talks about preparedness ahead of return. Watch the report from Walter Perez on Action News at 4 p.m. on September 19, 2018.