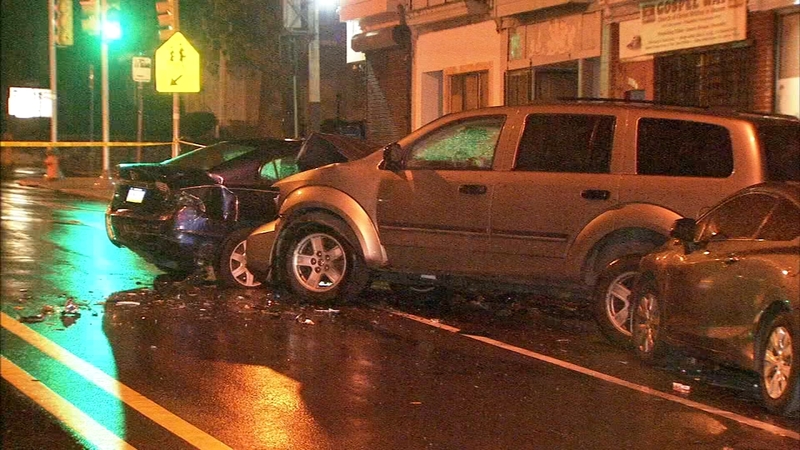 Man, 21, dies after being shot and crashing vehicle

PHILADELPHIA (WPVI) -- A 21-year-old man sitting in a parked car has died after being shot in the East Mount Airy section of Philadelphia.

It happened around 1:30 a.m. Friday at Hortter and Chew streets.

A 19-year-old woman in the passenger seat was not hit.

Police said he managed to drive away but slammed into a parked car after a short distance.