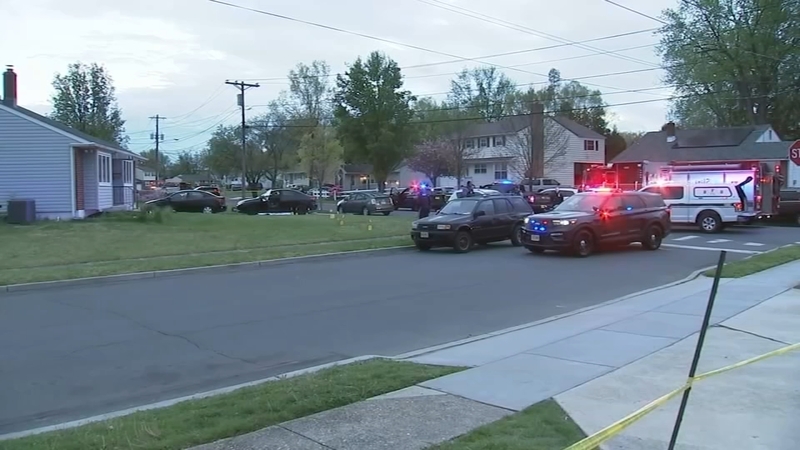 Man dead, woman injured after being shot inside car

EDGEWATER PARK TWP., New Jersey (WPVI) -- Police are still looking for two gunmen responsible for fatally shooting a man and injuring a woman while they sat inside a vehicle in Burlington County on Wednesday night.

The shooting happened around 6:30 p.m. on the 200 block of Ivy Road in Edgewater Park Township.

Sameil M. Barrett, 23, of Willingboro, was pronounced dead at the scene, authorities said.

The 21-year-old female victim was transported to Cooper University Medical Center. There was no immediate word on her condition, but officials said she is expected to survive.

Officials said two gunmen wearing hooded sweatshirts and masks approached the vehicle and fired several shots before running from the scene in opposite directions.

The Burlington County Prosecutor's Office said no arrests have been made.

"Just saw a bunch of cops everywhere. I saw a cop blocking the street down there, I saw a helicopter, I saw a lot," said Tyler Nuss, of Edgewater Park. "I think it's crazy because in Edgewater Park you don't see that a lot. It's the same street it happened last time. It's unfortunate."

Anyone with information is asked to call the Burlington County Central Communications at 609-265-7113 or send an email to tips@co.burlington.nj.us.