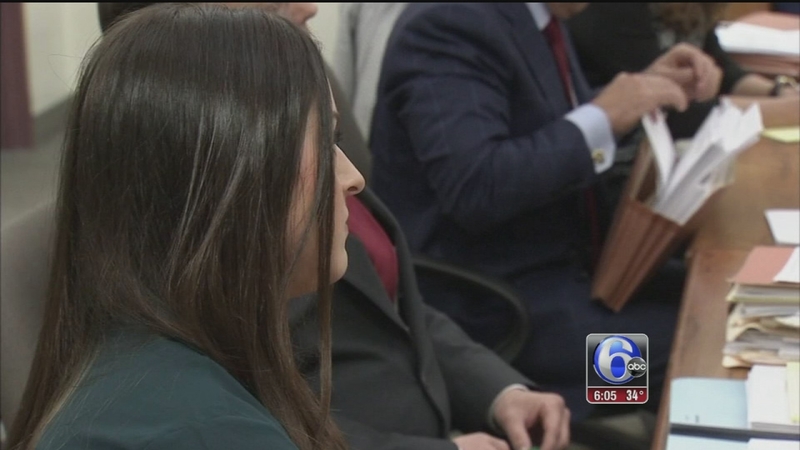 CAMDEN (WPVI) -- The battle over who should pay for a 21-year-old girl's education continued in Camden County court Monday.

The court case of Ricci vs. Ricci has gained national attention and for the first time in court we heard from 21-year old Caitlyn who has sued her parents to force them to pay for her out of state tuition at Temple University.

Her parents, Michael Ricci and Maura McGarvey, are fighting a judge's order demanding they pay about $16,000 a year.

Judge Shusted allowed Action News to record video, but no audio of the proceedings where Ricci said she does love her parents, but feels they don't understand how important her education is to her.

The judge denied the parents request to reconsider his prior order for them to pay.

But this battle isn't over yet.

Caitlyn has filed a motion to hold them in contempt of court, after they refused to pay for Temple.

Caitlyn has been estranged from her divorced parents for almost 2 years.

Michael Ricci and Maura McGarvey say it's because she refused to follow the rules and voluntarily moved out.

They rejected a settlement agreement and say they plan to appeal that decision. Tuition was due on November 12th. Caitlyn is asking for a fine of $100 a day until her parents pay the tuition she says she is owed.

"A lot of people call her a spoiled brat because she wants her parents to pay 100 percent of her college and in fact, she is not asking for that, never has been," Caitlyn's attorney Andrew Rochester said.

Ricci and McGarvey are also meeting with state lawmakers Tuesday in attempt to change the laws that treat divorced parents differently than those that stay together.