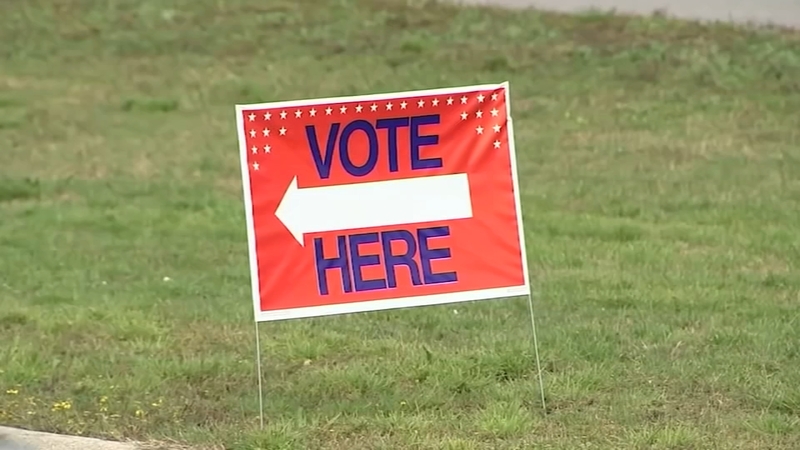 HARRISBURG, Pennsylvania (WPVI) -- As Pennsylvania remains one of the most-watched battleground states in the upcoming presidential election, it is also ground zero for the election litigation in 2020. The legal maneuvering has been in full effect.

The question on some minds of election analysts is will it continue after November 3?

President Donald Trump's campaign has been busy in the courts as he continues to challenge mail-in ballot drop boxes, demand signature matching of mail ballots to applications and question the rules for poll watchers.

Trump has also publically sowed the seeds that the election is rife for fraud.

David Thornburgh with the non-partisan group, Committee of Seventy, said although Trump has made headlines, lawsuits have been filed on both sides.

"This is maybe the most consequential election in the history of the Committee of 70 in 116 years," said Thornburgh.

Sarah Brannon an attorney with the American Civil Liberties Union or ACLU agreed.

"The volume of litigation related to this election is really unprecedented," said Brannon.

The ACLU has been flexing its muscle, filing more than two dozen suits across the country. Its goal is to ease any obstacles for low-income and disenfranchised voters.

It's official: nearly 9 million Pennsylvanians are registered to vote, with about 683,000 ballots cast and counting, according to the Pennsylvania Department of State.

Critics warn fraud has occurred, but Thornburgh said it would take a conspiracy of monumental proportion to pull off a scheme to impact the outcome.

"A majority of people are likely to vote in person, maybe even 60 to 70%, so there's been a lot of talk about the mail-in balloting. But we got to remember that most people will still be voting in person on Election Day," said Thornburgh.

Critics have also warned in some battleground states relatively few votes could be the difference.

The president had attempted to bring poll watchers from outside the voting district into Philadelphia.

"If you want to be a poll watcher, you have to be from that county where you reside. This is being done in order to bring poll watchers into Black and brown communities and make it harder for those voices to be heard in our democracy," said Pennsylvania Attorney General Josh Shapiro.

Some worry the post-election legal wrangling could make the 2000 election, and "hanging chads" look like a minor dustup.

Sam Stretton has been practicing election law since the 70s and said a big concern is the vote tally in urban areas could be slower than rural sections.

"So it could give them the misimpression as to who won the election initially, and then playing the conspiratorial theories that election was stolen," said Stretton.