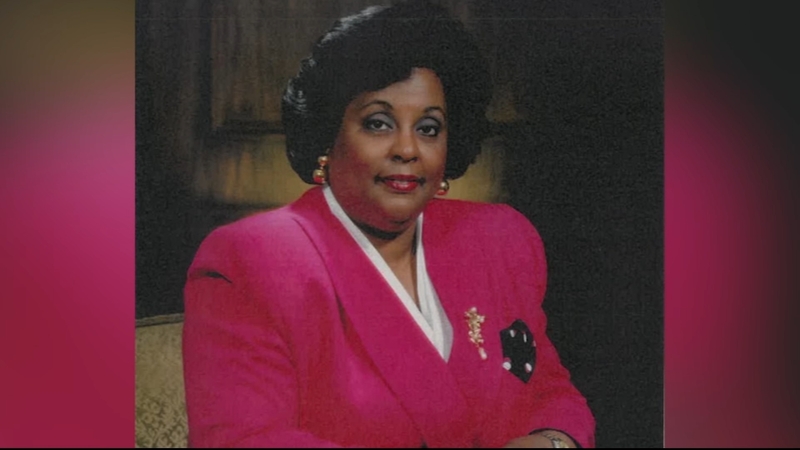 PHILADELPHIA (WPVI) -- Emma Chappell, the founder of the United Bank of Philadelphia, passed away Tuesday at 80 years old.

Chappell is remembered by many in the Black community as a visionary and civil rights activist. She is the first Black woman in the country to own a commercial bank.

She saw a need to improve banking in underserved communities and paved the way for Blacks to have access to banking at a time when many were limited. Chappell opened the bank during the recession in 1992 by raising $6 million in funding.

"She was unstoppable," CEO of United Bank of Philadelphia Evelyn Small said. "She had a way with people. She had a gregarious personality."

The two went on to work together at Rainbow PUSH Coalition under the leadership of Rev. Jesse Jackson.

Moore is a founding member of the United Bank of Philadelphia and helped Chappell raise the money needed to open the bank. He described his friend as a hard worker and no-nonsense.

"It was certainly groundbreaking for her as a Black woman to crack the glass ceiling, and she was the one to do it, and the right one to do it," Rev. Moore said.

A statement released by Chappell's family stated, "A friend to numerous United States presidents, and influential in the workings of party politics, Emma will always be remembered for her leadership, advocacy and business acumen."

Philadelphia Councilmember Kenyatta Johnson also said in a statement, "It has been my honor to call her a friend. She leaves behind a legacy of leadership and advocacy in business, civil rights, and politics in Philadelphia and around the nation."