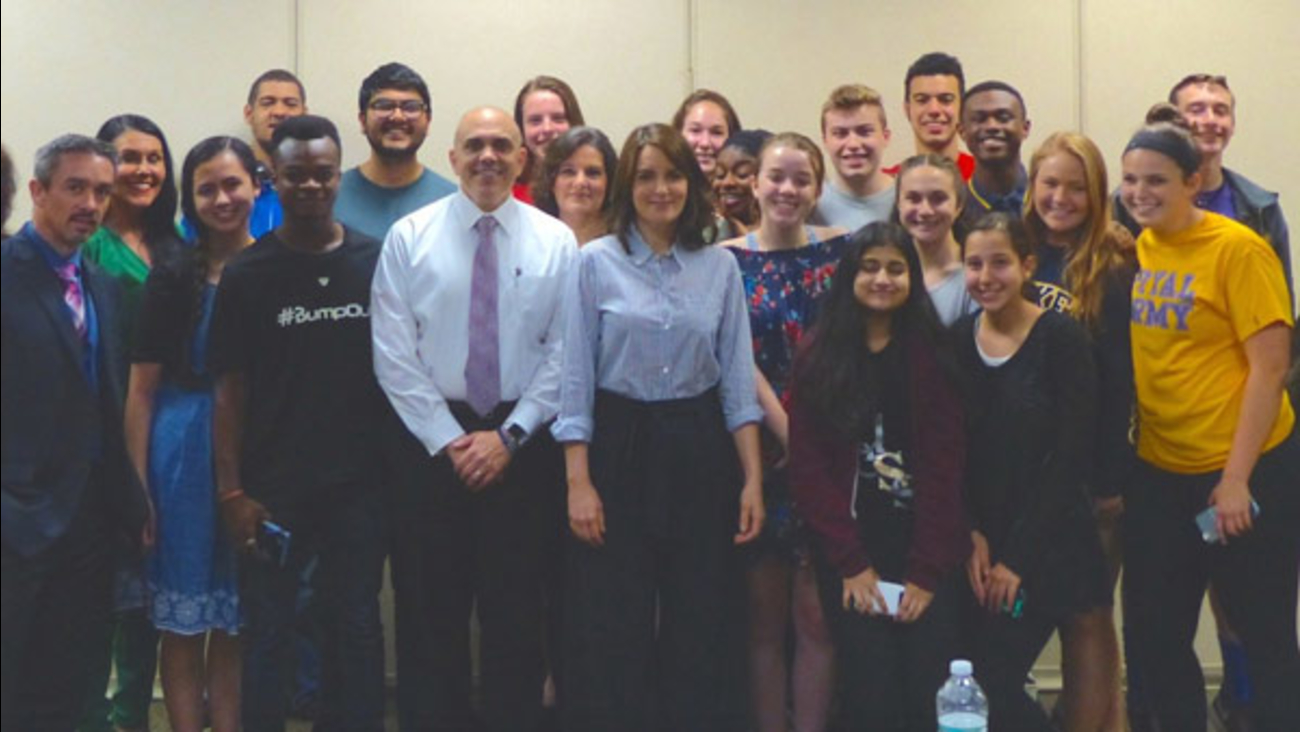 UPPER DARBY, Pa. (WPVI) -- Tina Fey made a surprise return to her high school in Upper Darby on Wednesday and was welcomed with huge fanfare.

The 'Saturday Night Live' and '30 Rock' star and producer spoke with students who had seen the show.

She was then serenaded the school's Encore Singers. During the performance, Fey appeared to get emotional. Giving the students a round of applause, she called their singing beautiful.

"Once a Royal, Always a Royal! Welcome home, Tina!" the district wrote on its Facebook page.