Cristela Alonzo becomes first Latina to create, produce, write and star in her own primetime comedy 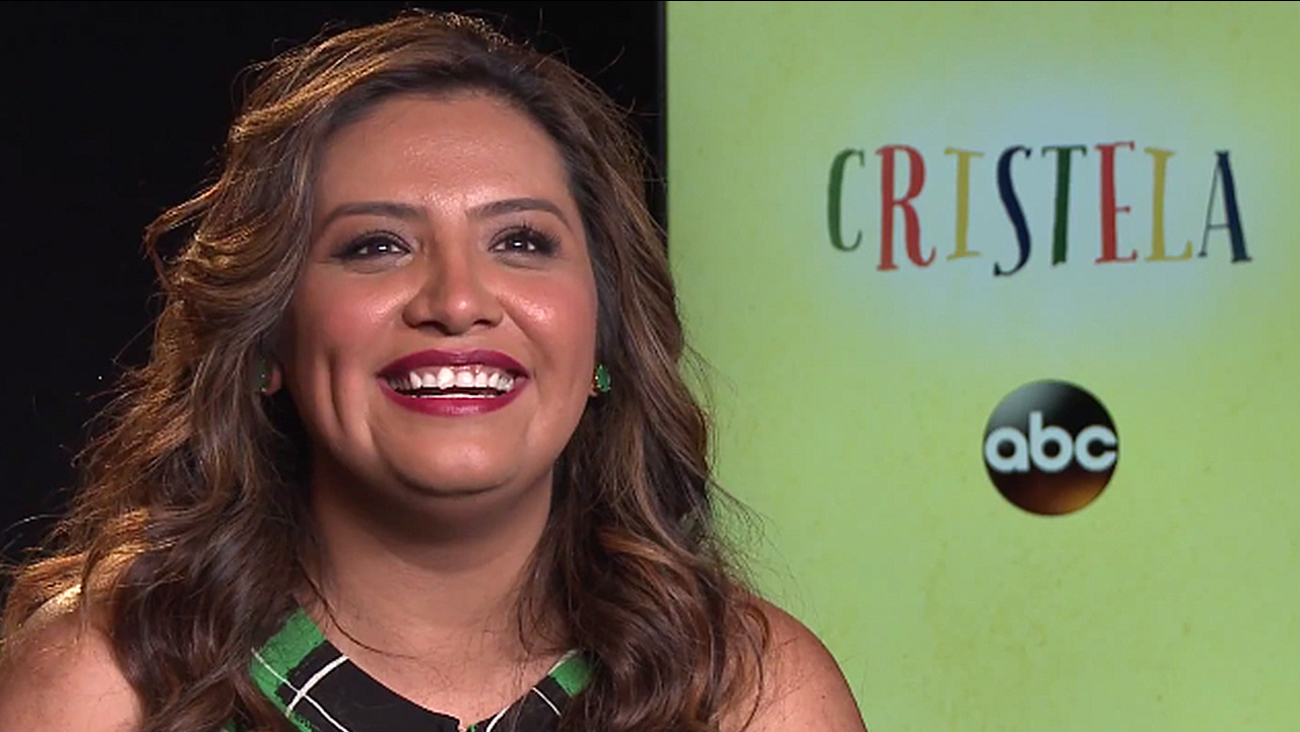 Dancing with the Stars pro dancer, Cheryl Burke, sat down with pro funny person, Cristela Alonzo to talk about her new show, Cristella, premiering October 10th at 8:30|7:30c on ABC.

Alonozo stars as a fictional version of herself trying to become a lawyer, living with her traditional Mexican-American family, who don't quite understand her ways.

One of comic Cristela Alonzo's oldest jokes involves being a child and her Mexican immigrant mother pointing to a big, fancy house and saying: "Cristela, you're an American. You go to school, you work hard, you graduate, you make something out of yourself. And one day, you can clean that house."

On Friday, when ABC viewers hear a clipped version of it on Alonzo's new sitcom Cristela, it will make TV history. The 35-year-old virtually unknown comic is the first Latina to create, produce, write, and star in her own primetime comedy.

"No one else has a deal like this," said Alex Nogales, president of the National Hispanic Media Coalition. "It is very, very significant and it calls to the fact that she's an exceptional artist."