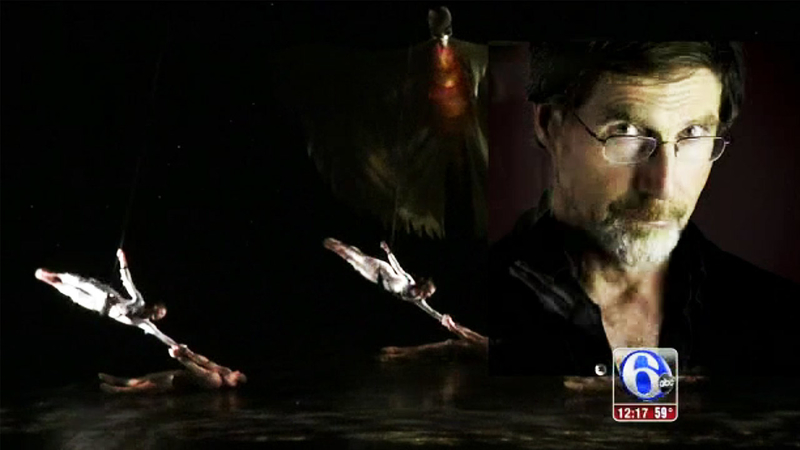 A celebration of the American Southwest is coming to the Prince Theater in a multi-media dance performance filled with colorful costumes and crazy props that come together in a production that the New York Times calls 'a feast for the eyes'.

The show is dubbed Opus Cactus, and it was created by Momix, a dance company founded 36 years ago by artistic director and award-winning choreographer Moses Pendleton. "The inspiration of MOMIX it really comes from nature," says Pendleton who first debuted Opus Cactus in 2000 after a trip to the Sonoran Desert in Arizona, "When I got down there, I was so entranced by the nature of these giant saguaro cactus."

Pendleton wants the show to take audience members on a virtual journey to the American Southwest, "If we can't bring the desert to Philadelphia, then at least we can bring some impression of it and maybe people can go out a on a MOMIX trip if you will."

And it's a trip that includes high energy dance moves, "It's very athletic. We have pieces that any sports star would really envy," says Pendleton who says he turned to the sounds of the desert and nature for the music. "There's a Native American sound. There's an Arabic sound. There's an Australian aboriginal sound."

The use of special props, such as the dream catcher, are said to be one of the best moments of the show.

"It's based on that Native American idea, you know, the dream catcher you hang over your bed to catch all the great dreams," says Pendleton, "It's a beautiful kinetic piece and they do that wonderfully."

Randy Swartz, Artistic Director of NextMove Dance at the Prince promises it will hold the audience's attention from beginning to end, "Literally, they will scream with glee when they see it."

MOMIX performs Opus Cactus at the Prince Theater from May 11-22. For tickets and show times visit www.PrinceTheater.org.