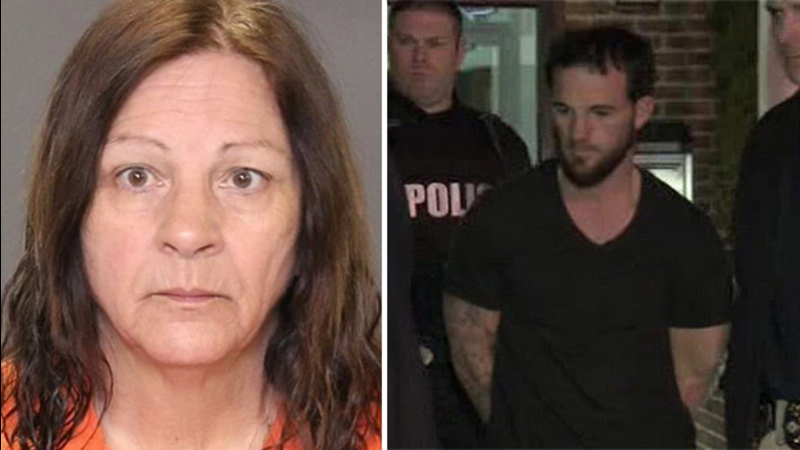 MT. LAUREL, N.J. (WPVI) -- A Burlington County mother has been arrested in connection with a murder investigation in which her son is the prime suspect.

Jo Crosby, 67, of Saint Moritz Drive in Sicklerville, was arrested at 6:30 a.m. Monday.

Prosecutors say she helped her son, Kyle Crosby, hide the murder of his wife, 26-year-old Erica Crippen, after he committed the crime.

"We believe Jo Crosby played a major role in helping her son Kyle conceal the crime of murder," Burlington County Prosecutor Robert Bernardi said in a written statement. "She assisted his efforts to conceal the body of his wife, Erica Crippen, after he took her life."

Kyle Crosby, 28, was taken into custody back in January by Brooklawn police officers following a traffic stop and foot chase in Bellmawr, Camden County.

Erica Crippen's body has yet to be found.