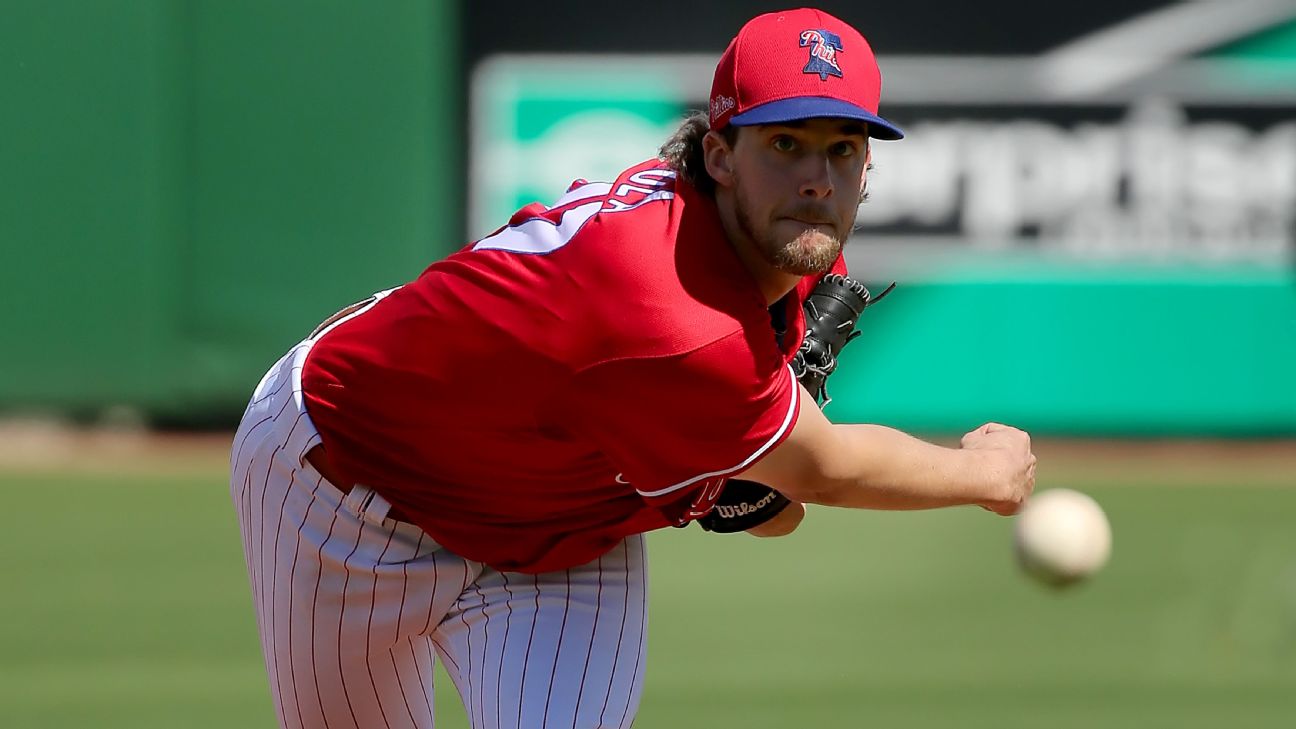 The Philadelphia Phillies scratched right-hander Aaron Nola from his scheduled start Sunday against the Boston Red Sox after he was placed on the COVID-related injured list.

Nola was one of four players placed on the virus-related injured list by the Phillies on Sunday. Third baseman Alec Bohm, right-hander Connor Brogdon and left-hander Bailey Falter also were placed on the list.


Bohm had exited Saturday's game due to COVID-19 protocols and has tested positive for the virus, manager Joe Girardi said Sunday. By rule, Bohm will have to miss at least 10 days after the positive result. Girardi told reporters that Bohm was asymptomatic as of Saturday night. Nola, Brodgon and Falter were placed on the list as close contacts.

Falter recorded the win in the Phillies' 11-2 victory over the Red Sox at Fenway Park on Saturday, pitching two scoreless innings with three strikeouts. Bohm went 2-for-3 with a home run and two RBIs before leaving early and Brogdon pitched a scoreless ninth inning in the victory.