The "Schooled" star spilled the beans on a livestream benefit she's planning.
OTRC
By Andrea Lans 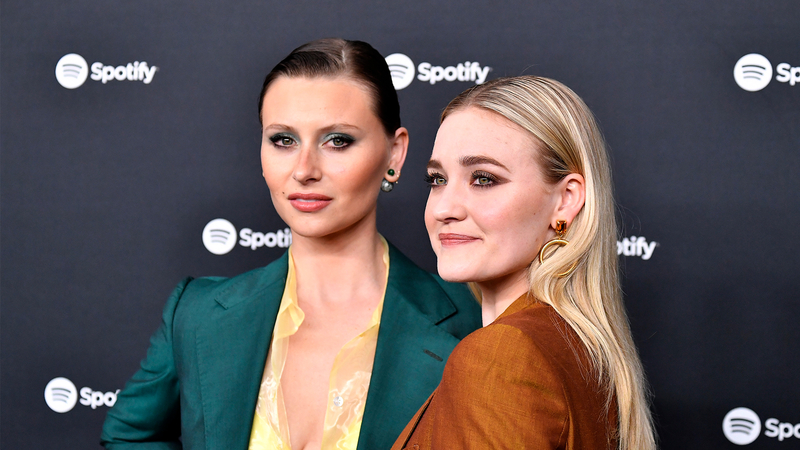 "Schooled" star and singer AJ Michalka is anxious to get back in front of her fans. As one-half of the pop duo Aly & AJ, Michalka wrapped up her "Sanctuary" tour at the end of last year, right before the coronavirus outbreak.

"I really miss playing live, to be honest," Michalka said. "That's my favorite part about what we do--connecting with the fans and hearing the material live and seeing the live reaction."

While we don't know when artists will be able to tour and have concerts post-pandemic, Michalka does have something up her sleeve for her fans to enjoy at home.

"We're putting together something that I think will be really fun for our fans in May, that will be a virtual livestream," Michalka revealed for the first time to On The Red Carpet.

"That's not really fully announced...but I guess it is now," the singer admitted.

The 12-hour livestream will occur overnight on May 28-29 and go to support COVID-19 relief, according to Michalka.

"Little Prince in LA is providing food to frontline workers. Aly and I are teaming up with them in May for a livestream coalition that's going to raise money for twelve different organizations, and Frontline [Foods] is one of them," Michalka said.

While all restaurants had to close their dining rooms when Los Angeles' "Safer at Home" order went into effect, at the end of March Little Prince announced via Instagram that they ceased take-out and delivery services. Instead, they started to focus all their efforts on their Farmers Market Box program and partnership with nonprofit Frontline Foods: "We will be creating nutritious meals filled with love for the bravest of Angelenos combating COVID-19 at our local hospitals."

"We believe it is our responsibility to take care, as best we can, of our community of farmers, neighbors and our team here at Little Prince," the restaurant's statement continued.

In addition to the livestream benefit, fans can look forward to new music from Aly & AJ. They are releasing their single "Joan of Arc on the Dancefloor" on May 8 and hope to put out an album later this year, which would be their first album release since 2007.

Also coming down the pipeline for Michalka is the prom-themed "Schooled" season finale, airing on May 13 as a part of ABC's Prom Night.