The person responsible broke Philadelphia's code, which bans the use of consumer fireworks within 150 feet of occupied properties.
WPVI
By Beccah Hendrickson and 6abc Digital Staff 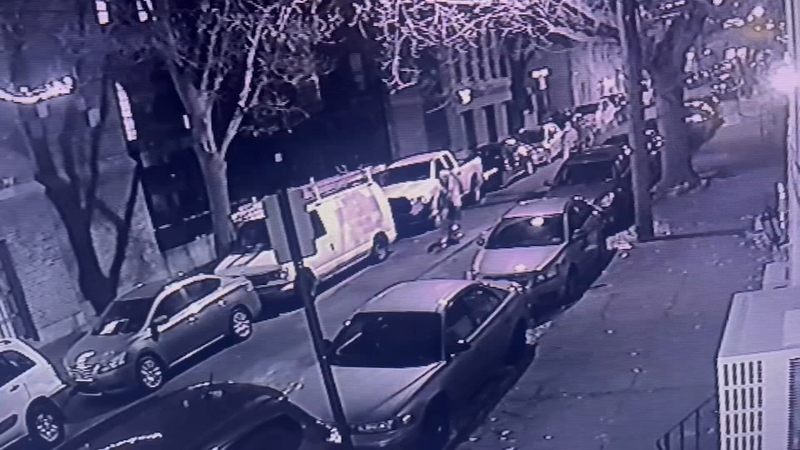 Surveillance video shows bikers who set off explosive in Fishtown

PHILADELPHIA (WPVI) -- Police are investigating after a surveillance video showed two people on bikes setting off an explosive in Philadelphia's Fishtown section.

Neighbors say the incident happened Wednesday around 10:45 p.m. on Wildey Street near the Eyre Street intersection.

Several neighbors said they were sleeping when they heard what sounded like an explosion.

Some say they were too afraid to leave their homes. Others ran outside and saw the smoke.

"I just heard this big boom, and then my whole bed shook, so I got really scared," said 11-year-old Ava Alerdman, whose parents were with her as she spoke to Action News.

"I thought it was a firework or something, or a gunshot maybe," she added.

The explosive appeared to have detonated close to row homes.

The person responsible broke Philadelphia's code, which bans the use of consumer fireworks within 150 feet of occupied properties.

"I thought it was like a dump truck going on the ramp of I-95 that maybe hit a bump because it was extremely startling, the house shook, very loud," said Ryan Burgess, who lives nearby.

The same code regulating fireworks in Philadelphia also says: "High-explosive fireworks known as Class M, such as M-80s, are illegal in the city."

Still, illegal fireworks continue to be a problem in the city. During a three-week stretch in 2020, Philadelphia police responded to 947 emergency calls for booms or explosive sounds.

"It's such a quiet neighborhood. I figured something happened, but not like that," said Joe Pisanelli, a neighbor.

"Knock it off. It's stupid. What are you accomplishing? Nothing," he said.

At least one neighbor made a police report with the 26th district.

Philadelphia police say these explosives are illegal and dangerous, and they need to know about cases in order to investigate.