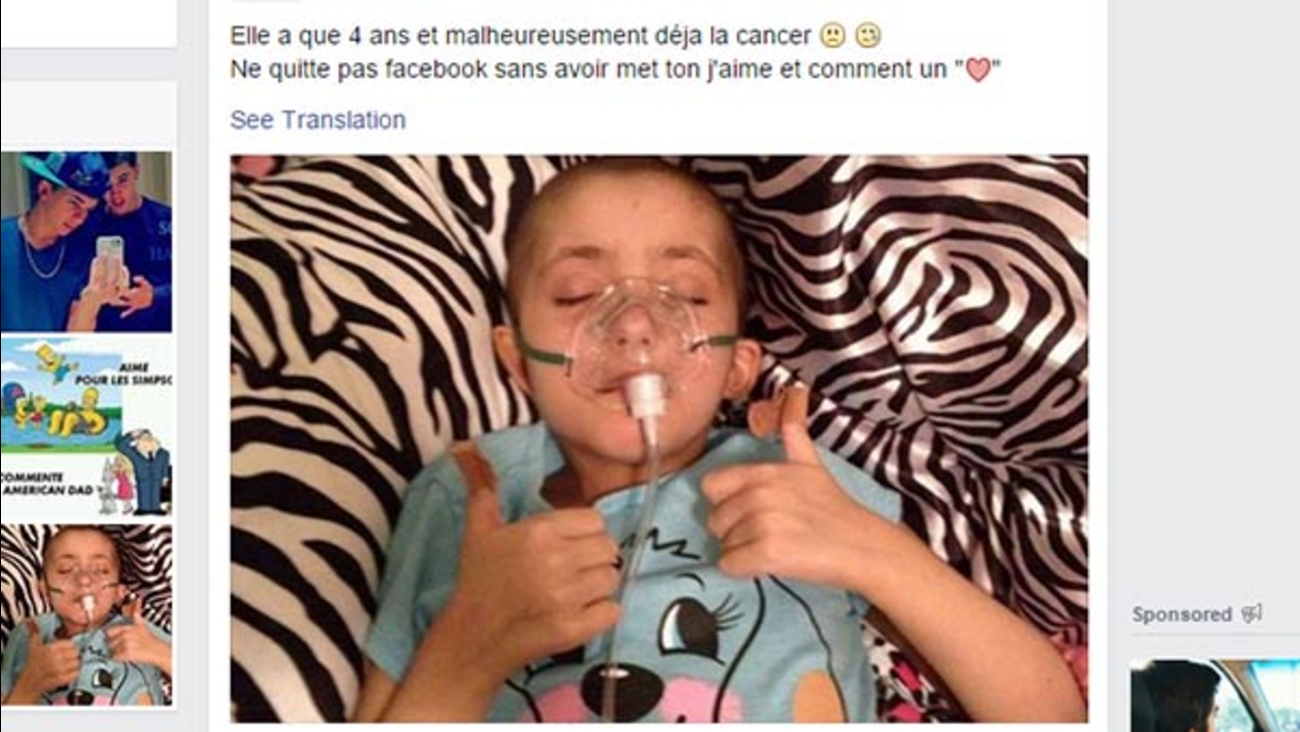 READING, Pa. (WPVI) -- A misleading post, featuring a photo of a young cancer victim from Berks County, has been spreading across social media.

The Facebook post, by a man claiming to be from New York, shows Laney Brown, and the caption implies she is currently battling cancer.

The post, written in French, does not solicit money, but asks visitors to show their support by clicking "like."

Members of "Team Laney," which supported Brown during her illness, say they are heartbroken and angry by the misleading post.

They say the photo of Brown was used without permission.

But the social media company has declined, saying the post, while it may be inaccurate, isn't breaking any rules.

WFMZ-TV reports this isn't the first time the family has been hurt by social media.