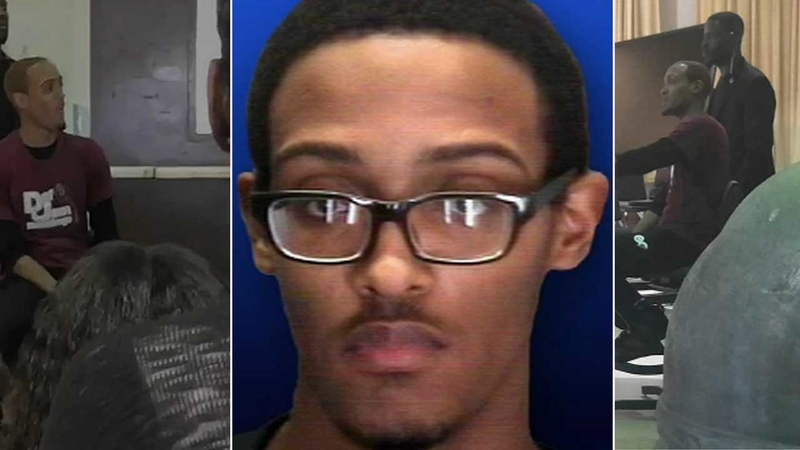 PHILADELPHIA (WPVI) -- The parents of some students at the Philadelphia High School for the Creative and Performing Arts are outraged after a man posing as a DJ for a famous pop star conned his way in and met with students while a video camera was rolling.

Sources said a man calling himself 'DJ Official Silent Assassin' called the School District of Philadelphia saying he was the DJ for Alicia Keys and that he wanted to come in to speak with students.

He arrived at the school Thursday morning with two men posing as security guards and two women with cameras.

A student, who asked to remain anonymous for fear of retribution, told Action News what happened next:

"We sang for him. He talked to the students in a very low tone. We really couldn't understand him. We were told that he was the DJ for Alicia Keys, but it doesn't seem like that is the case."

The student told us she believed the man was "acting shady," so she decided to look him up on the internet.

She discovered his name was Jerez Coleman, AKA Kidd Cole and Stone-Coleman, a man previously arrested for making threats against President Obama and the DC Metro System.

Coleman was sentenced to 22 months in jail and forced to undergo a mental evaluation following these crimes.

Coleman was also featured on the MTV show 'Catfish,' a show that depicted him pretending to be a well-known rapper in an effort to scam people for money.

"When I read that on the internet, it was really alarming," said the student. "He got pictures with students and they recorded us singing."

The student's mother, who also did not want to be identified, is shocked that the school would allow this man access to students.

"So now they have all these children's Instagrams and they might have their phone numbers," she said. "They have their pictures and they videotaped them without our consent. This is just absurd."

The school district tells Action News that two school officials were present during all interactions between the man and students, and that those officials were operating the video camera, not the suspect or his guests.

District officials also stress that, despite the student's and the mother's concern, there is no evidence that the students' social media account information was compromised in any way.

The district has issued the following statement:

"School district staff improperly approved a school visit. This is unacceptable and will be dealt with accordingly."

Meanwhile, some still cannot believe how the school was duped by this guy.

"He's a big-time fraud," said the student's mother. "We need to be more careful, because in this day and age all kinds of things are taking place."