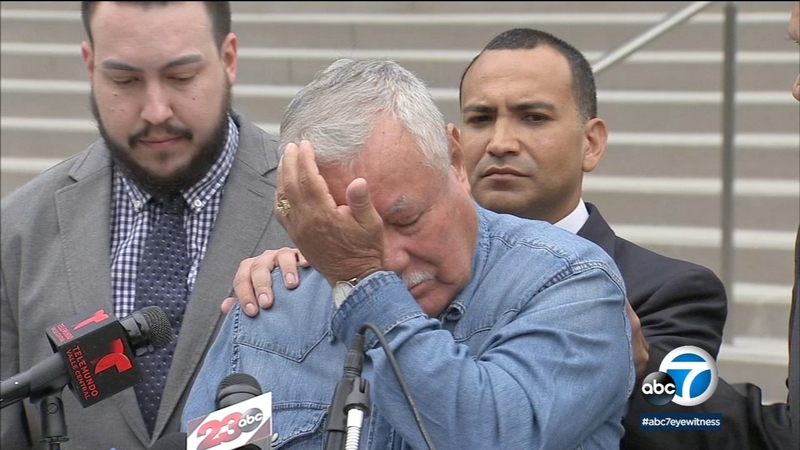 Now he has filed a federal lawsuit against officials who imprisoned him.

"I continue suffering from the injustice I lived through and the pain I must carry for the rest of my life," said Benevides through a Spanish translator.

Benevides was arrested at age 41 and spent nearly 26 years at San Quentin State Prison in California.

He is suing Kern County officials for allegedly fabricating evidence.

The case began in 1991 when a 21-month-old girl he had been babysitting was injured and rushed to two hospitals.

The prosecutor presented experts who said that Benevides raped the girl, causing her death.

Records revealed there were no genital injuries on the child at the first hospital.

The trauma happened at the second hospital after nurses struggled to insert a catheter into the urethra of the dying child to drain urine.

"They framed - and I don't say this lightly - they framed this innocent man," says attorney Ron O. Kaye.

Benevides says the prison yard was like torture because child rapists are targets for attacks.

Through a legal nonprofit called Habeas Corpus Resources the California Supreme Court ultimately ruled that evidence of rape was false.

The Kern County prosecutor on the case has maintained that the key charges remain true.

There will be no re-trial to determine factual innocence. The DA says false testimony has weakened the case and that too much time has passed.

There was no comment from Kern County officials to the lawsuit Wednesday because they had not been served.

Benevides' legal team says it's time for him to focus on healing.