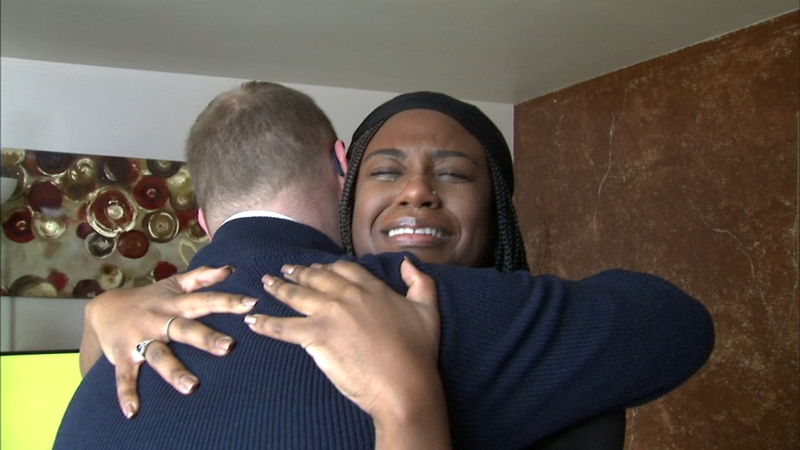 CHICAGO -- For the past 12 years, Jasmin Ford has had to hustle for everything she has in life.

"Gratitude is what gets me through. I mean, becoming a nurse and being able to serve in the field that I'm in is the greatest honor of my life second to having my son," she said.

Ford, 30, grew up on Chicago's South Side. She's now a single mother and a nurse, the first in her family to go to college. She works two jobs, six days a week, and is saddled with $150,000 of student loan debt she never thought she'd pay off.

"There are times when I fall short and I have to reduce my payment amounts, so there's really not a timeline that I can necessarily see," Ford said.

Until now, when Fifth Third Bank stepped in.

"We know the burden that student loan debt places on people's lives and slows down the trajectory and the change that they can make in the world, and to be able to remove that roadblock and that obstacle for Jasmin is just a dream come true for all of us," said Fifth Third Bank's Mike Crawford.

As Crawford waited outside of Jasmin's home to surprise her, she had no idea her student loans were about to evaporate.

He then told her the good news.

"Fifth Third is paying off all of your student loans today," Crawford said.

"Are you serious?" Ford asked with tears in her eyes.

"I am serious," Crawford said. "You are an inspiration to us and this is the least we can do."

"Thank you so much!" Ford shouted through tears.

It was a life changing moment for Ford and her 2-year-old son Caleb.

"I can save for your college," she told Caleb. "You won't be like me, you won't have any debt."

"(This) changed the direction and the course of my life and the way I want to live. It's not just the day to day anymore," Ford told us.