Video from Chopper 6 showed extensive damage to the building, with the roof completely burned away in some spots.
WPVI 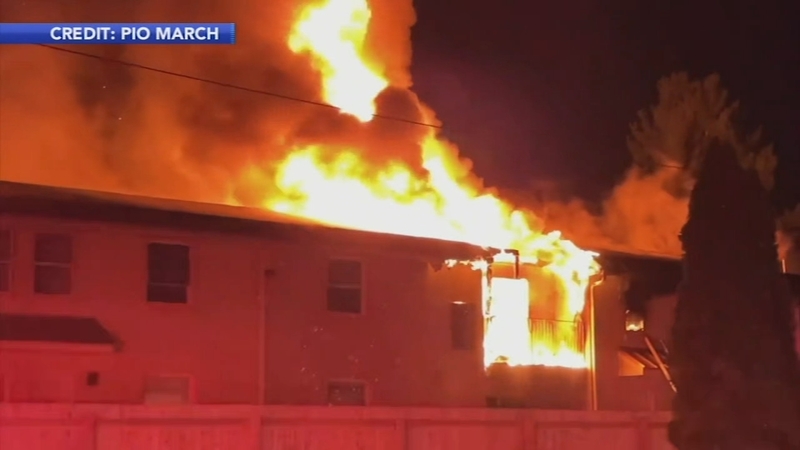 The fire was reported around 4:15 a.m. on the 700 block of S. Franklin Street in West Goshen Twp.

Video from Chopper 6 shows the damage to an apartment building near West Chester University.

Firefighters arrived to find flames shooting from a 2nd-story apartment.

Video from Chopper 6 showed extensive damage to the building, with the roof completely burned away in some spots.

Student Russell Boehrigner was inside asleep at the time.

"I woke up and my room was full of smoke. I put some clothes on and ran outside. I saw a giant fire over where it happened," said Boehringer.

Investigators most of the students are on holiday break and only five were inside at the time. They all made it out safely.

"I am very thankful I am here. I am happy I woke up and got out of the building," said Boehringer.

Crews say a passerby saw the smoke and flames and call 911, potentially saving many lives.

"Quick reaction, quick thinking, very good that he called it in when he saw it, otherwise probably the whole building would have been a total loss," said Dave March with West Chester Fire Department.

"We woke up around 3 or 4 am to the firefighters banging on everyone's doors. We jumped out of bed and we saw the apartment building up in flames. It was real scary," said Carla Marano of West Goshen.

The property managers of the off-campus apartments will accommodate students living in the building with other available and furnished apartments, and are working to relocate them immediately.

In addition, West Chester University is also able to accommodate those students impacted by this fire with on-campus housing options if needed.
Two firefighters were injured battling the blaze. One was treated at the scene, while the other was treated and released from the hospital.

The cause of this fire remains under investigation. 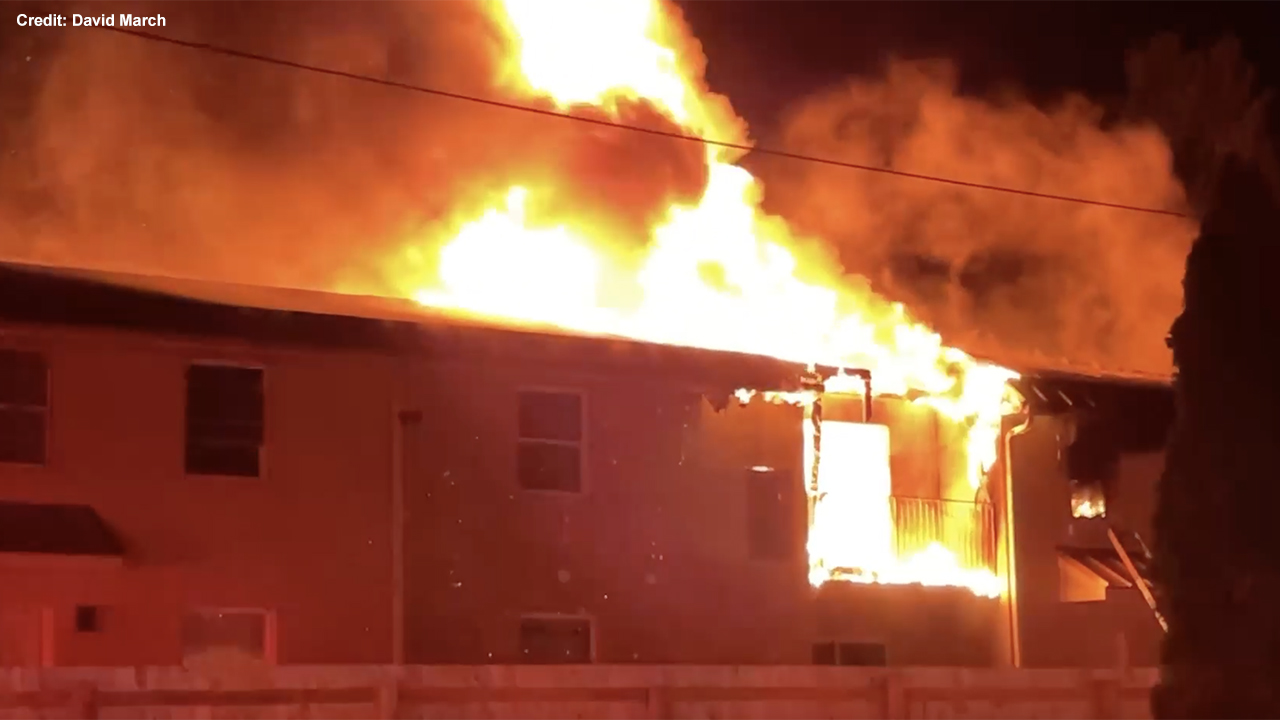 Pictured: Flames shooting into the air during a fire at an apartment building in West Goshen Twp. on December 23, 2021.