Officials say the fire began on the third floor of the building and spread to upper floors.
WPVI
By 6abc Digital Staff and Gray Hall 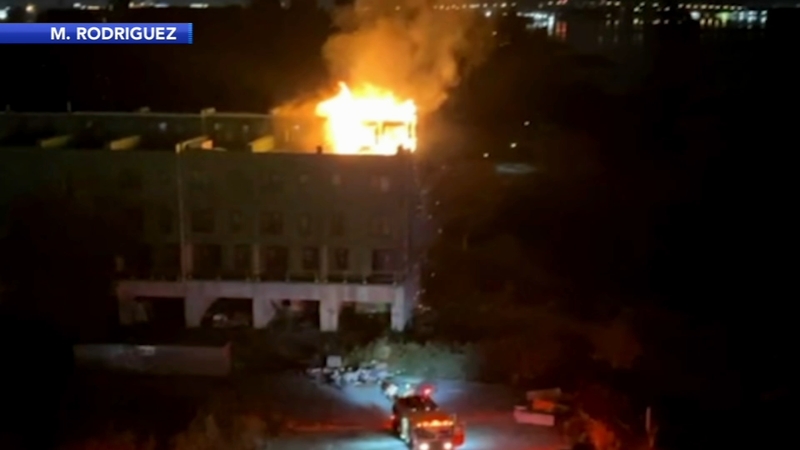 PHILADELPHIA (WPVI) -- Witnesses are crediting the quick reaction of the Philadelphia Fire Department for containing a roaring fire in the Fishtown section early Friday morning.

Glenn Colville happened to be in the area and captured video of the fire on his phone.

Officials say the two-alarm fire began on the third floor of the building and spread to upper floors.

"The embers were just floating everywhere. It was just raining pretty much wooden fire," said Colville.

Another viewer sent Action News drone video showing a bird's eye view of the fire damage. Crews were able to douse the flames before they consumed the entire building.

The Action Cam on the scene showed fire crews dousing the building with water to put out any hot spots that remained.

"They were huge, the flames were like shooting 20 feet high at least," Colville said.

In less than an hour, crews had the fire under control and worked to put out hot spots.

An Action News viewer captured the flames coming from the building in Fishtown.

Fire investigators wouldn't confirm it, but some residents say people were living in the vacant building.

"I think there is people living in there, and I said probably one of them nodded off or something and fell asleep with a cigarette," Colville said.

The fire department says two people had to be transported to the hospital, adding that their injuries were not serious.