'I need him eliminated': Florida student accused of looking for murderer-for-hire via Instagram 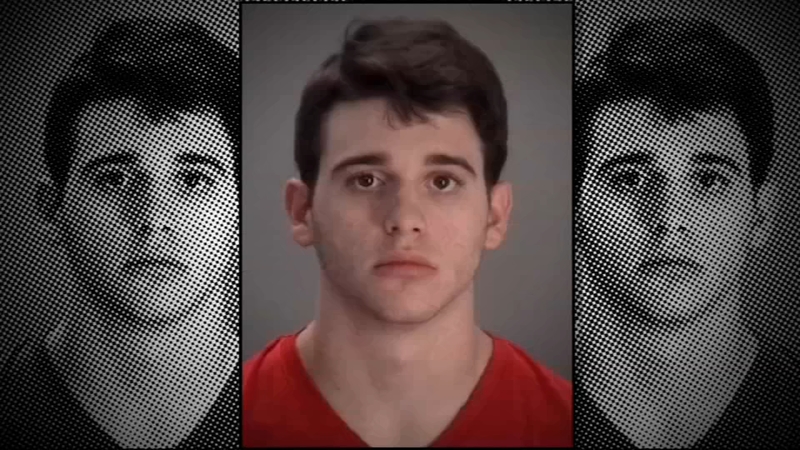 PASCO COUNTY, Florida (WPVI) -- An 18-year old high school student has been arrested after deputies say he tried to find someone on social media to carry out a killing of a school staff member in Florida, according to Good Morning America.

Detectives say they tracked 18-year-old Nicholas Godfrey down through an IP address, through a series of direct messages they say were tracked to his Instagram account.

With Godfrey allegedly writing, "I need a guy who can kill someone.." And adding he could pay $100,000 to carry it out. Then, "No joke, I need him eliminated as soon possible."

"You've threatened a member of the school district who's out there trying to do their job to educate children to be part of that process. We're going to come hunt you down. We will track you down and the very sad part, this whole situation is that when the investigators and the type of things got there, the parents were shocked because they had no idea," said Sheriff Chris Nocco with the Pasco County Sheriff's Office.

On Friday, parents at Fivay High School in Pasco County, Florida received this message on behalf of Principal Jason Joens, "I'm calling to let you know that one of our students was arrested last night for solicitation for murder."

While police say Godfrey, confessed when questioned, they say he told investigators the messages were meant as a joke.

"He did not have any clear direction or plan as to follow through with this," said Pasco County Sheriff's Detective David Dacey.

"It doesn't matter what their intent is. When you do it and you post it out there on social media, you committed that crime," Nocco said.

Officials are now making a plea to the community that this is no laughing matter.

"I've said this over and over again. We are a microcosm of the communities in which we serve. And I am begging and pleading parents to step up and step in and help us keep order and keep civility in our schools," said Superintendent Kurt Browning with the Pasco County School District.
Report a correction or typo
Related topics:
floridau.s. & worldmurder for hire
Copyright © 2022 WPVI-TV. All Rights Reserved.
TOP STORIES
Officials ID 5 killed in Pottstown explosion; most were children
AccuWeather Alert: Drenching Downpours Tonight
Official admits police made 'wrong decision' in TX shooting
Police: Store owner robbed, assaulted with brick in North Philly
Dann Cuellar retires after 34 years at Action News
Another Trenton, NJ firehouse hit by gunfire
Rainy start to Memorial Day weekend at the Jersey Shore
Show More
Bank employees help kidnapped woman after she asks for loan
Massacre survivor says gunman told them: 'You're all gonna die'
4th grader 'did what she had to to survive' Uvalde shooting, aunt says
North Penn holds farewell parade for retiring superintendent
NJ students stage walkout to honor victims killed in Texas
More TOP STORIES News