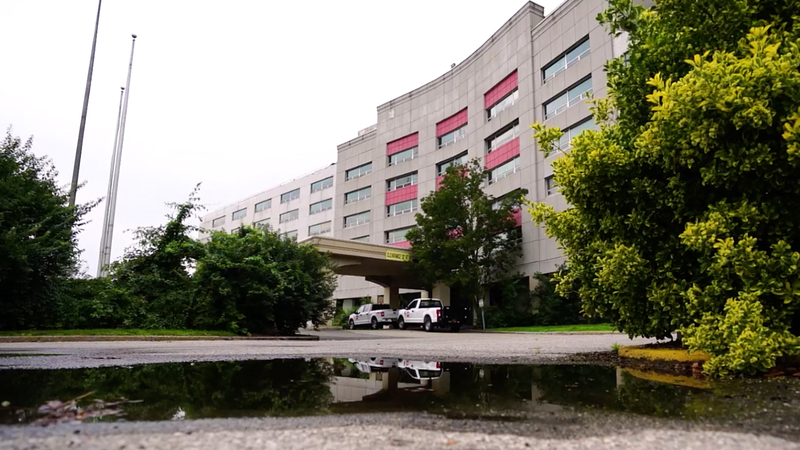 Some 230 lives were lost over the Atlantic Ocean off Long Island, and for the families of the victims, the Ramada Plaza JFK Hotel became the focus of their pain, grief and despair as they awaited word on their loved ones.

It became widely known as the Heartbreak Hotel.

Josh also returned to the hotel ruin with Heidi Snow Cinader, who lost her fiancé onboard Flight 800. She converted her tragedy into a calling to help others survive grief.

The gripping docuseries from WABC-TV, "Heartbreak Hotel: Flight 800, 25 Years Later," can be seen in three parts in the video player above. For an even better viewing experience, be sure to download this station's app on Roku/Apple TV/Amazon Fire TV/Android TV to watch this docuseries on your television set.
Report a correction or typo
Related topics:
center morichesjamaicadocumentaryaviationhistorydisasterplane crash
TOP STORIES
CDC reverses course on indoor masks in some parts of US
Worker killed in construction accident at Amazon warehouse site
5 dead, 3 injured after violent night in Delaware
Man convicted of killing NJ woman who mistook his car for Uber
Villanova student, fmr. Penn lacrosse player among 5 killed in crash
Video shows fight before Pat's shooting; attorney claims self-defense
Simone Biles explains why she 'took a step back' from team finals
Show More
'This is how I'm going to die': Officers tell Jan. 6 stories
Man pleading guilty to 4 of 8 Atlanta-area spa killings
These local hospitals are requiring employees to be vaccinated
Police ID teen killed in triple shooting near Temple University
Cuba Gooding Jr. to stand trial in forcible touching, sex abuse case
More TOP STORIES News