PHILADELPHIA (WPVI) -- The Philadelphia Flyers have re-signed goaltender Carter Hart to a three-year contract extension with an average annual value of $3,979,000, the team announced Monday.

Hart under contract through the 2023-24 season pic.twitter.com/5PtpADsl9Z 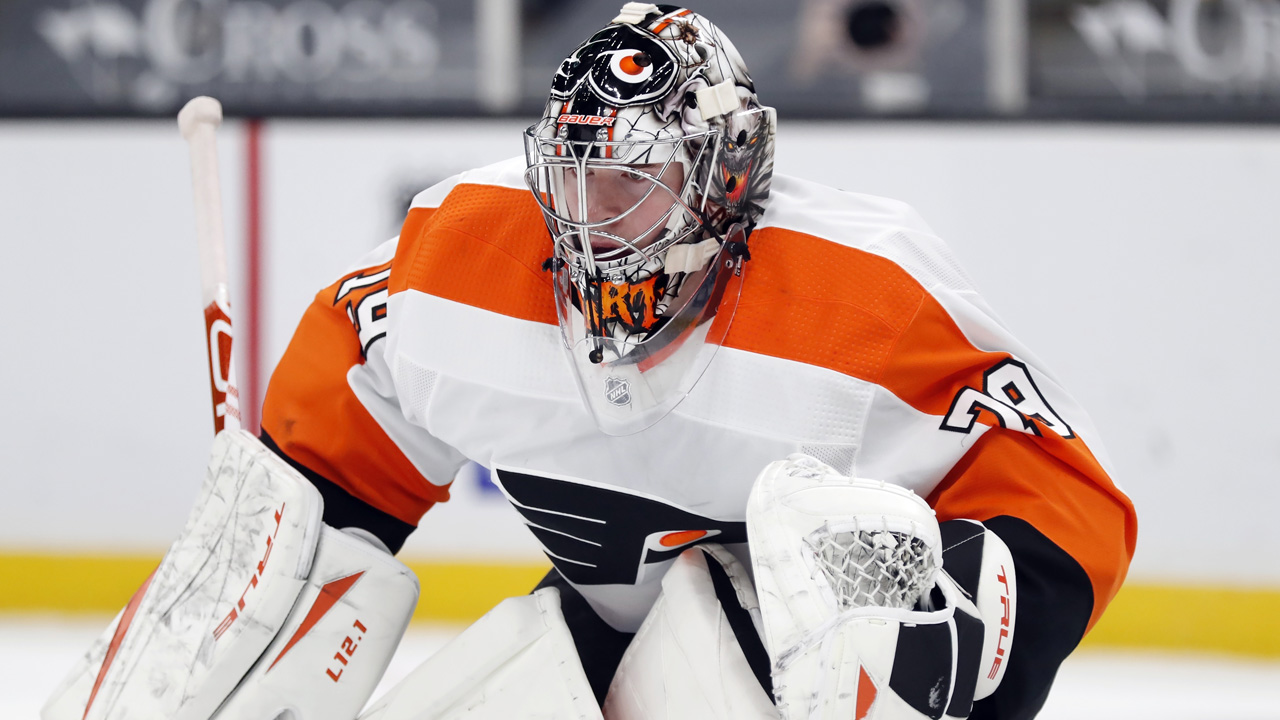 Philadelphia Flyers' Carter Hart plays against the Boston Bruins during the second period of an NHL hockey game, Saturday, Jan. 23, 2021, in Boston.

The Sherwood Park, Alberta native made his first Stanley Cup Playoff appearance in the 2020 Toronto bubble, going 9-5 with a 2.23 GAA, and .926 save percentage.

Hart recorded consecutive shutouts in Games 3 and 4 of the first round series vs. Montreal to become the youngest goaltender in Flyers history, and second-youngest in NHL history, to record consecutive playoff shutouts.

Hart was drafted by the Flyers in the second round (48th overall) of the 2016 NHL Entry Draft.