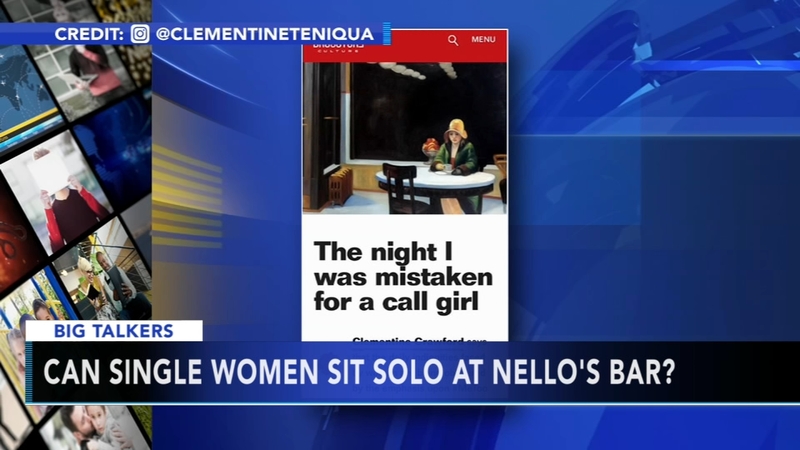 A very popular and very pricey New York City restaurant is being slammed on social media following a blogger's accusation.

The accusation? Women are allegedly not allowed to dine alone at the bar over fears that they may be mistaken for escorts.

Earlier this week, British marketing executive Clementine Crawford penned an essay titled, "The night I was mistaken for a call girl."

According to Crawford, she was settling in for a meal at the Upper East Side hotspot, Nello.

But when she went to order, the waiter allegedly told her she needed to sit at a table instead.

When she inquired, Crawford says she was told no one was allowed to eat at the bar. However, just a few minutes later, she says she watched a man have a meal, all alone, at the same bar.

After a heated exchange, Crawford claims she confirmed the owner had implemented the rule against women to crack down on escorts looking for clients.