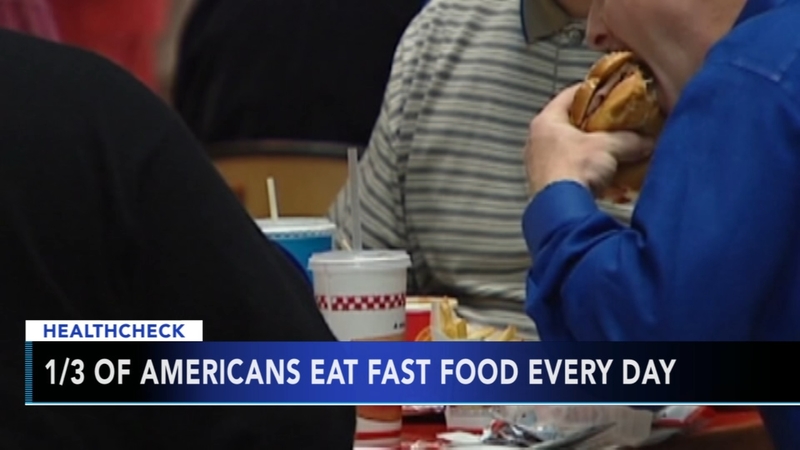 WASHINGTON -- A new government study finds that on any given day, one in three adults in the US will eat fast food.

The Centers for Disease Control and Prevention released the new figures Wednesday, the first federal study of its kind.

An earlier study found a similar proportion of children and adolescents eating fast food on any given day.

Health officials said too much high-calorie fast food can lead to obesity, diabetes, heart disease and other health issues.