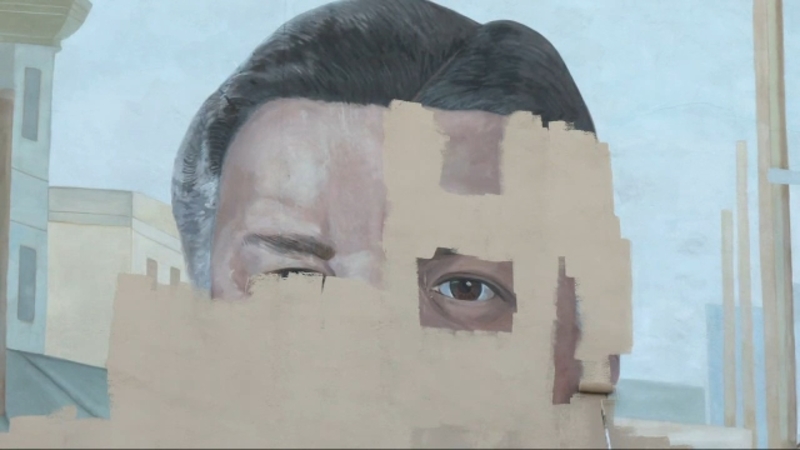 This is what the Frank Rizzo mural looks like today. It was just painted over this morning https://t.co/5dkDuYYqaM pic.twitter.com/uWHDvJ39bb

The news comes days after Mayor Jim Kenny had the Rizzo statue across the street from City Hall removed. The 10-foot-tall bronze statue was erected in 1998, and in recent years was vandalized.

The South Philadelphia mural of former mayor Frank Rizzo was painted over on Sunday morning.

The Philadelphia Mural Arts organization released a statement saying they look forward to collaborating with the community on a new mural that can reflect the fabric of the community.

"We know that the removal of this mural does not erase painful memories and are deeply apologetic for the amount of grief it has caused. We believe this is a step in the right direction and hope to aid in healing our city through the power of thoughtful and inclusive public art," the organization said. "In the coming weeks, we will be laying the groundwork for creation of the new mural, which will include an extensive community engagement and artist selection process. We will make further announcements regarding next steps in the near future."

Deborah Rizzo, who is related to Frank Rizzo, said painting over the mural is not the right way to move forward.

"For a man who is dead 30 years, I don't see why they are focused on that when they should be focusing on the present. Not going backward, we need to go forward," she said.